by Jean Lee
in Tech 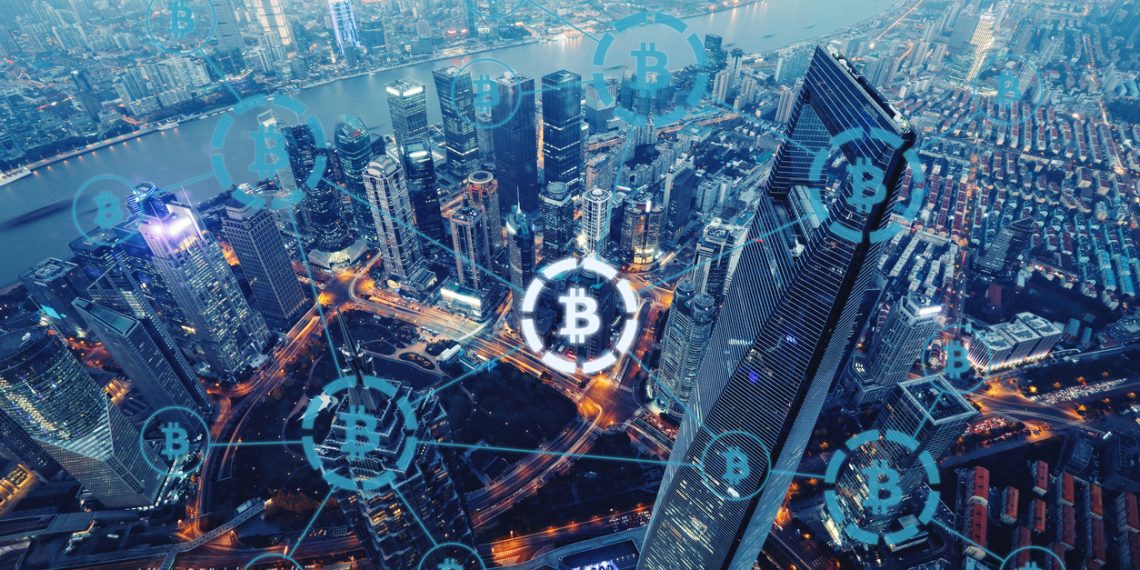 In a blog, Vitalik Buterin, the founder of the world’s second-largest public chain Ethereum, shared his vision on how crypto can revolutionise global cities by evaluating some ongoing projects. He believes that the world is ready for an era of crypto cities despite the possible challenges they may pose.

An increasing number of local governments have shown interest in experimenting with new governance and tech ideas and there are projects actually starting to turn new governance ideas into reality. With the emerging variance and power of crypto, Vitalik believes that the combination of these two interesting trends will spark something innovative: “So what would happen if we combine the two trends together? Does it make sense to have a city with a coin, an NFT, a DAO, some record-keeping on-chain for anti-corruption, or even four?”

There are projects already integrating crypto and governance ideas, for example, CitcyCoins.co, Reno’s mayor Hillary Schieve’s vision for blockchain-ifying the city, and projects trying to build crypto-oriented cities from scratch. Vitalik tries to go through them by starting from the importance of cities.

Cities and States Are Capable of Genuine Dynamism

For big centralised entities like national governments, it’s very hard to address issues such as inefficiency and slow responsiveness, “many national governments are missing live players”. As a supporter of decentralisation, Vitalik is simply terrified by too “many of the outside-the-box political ideas”.

To improve democracy and increase efficiency, a local government might be a good start. “Why should we care about cities?” Vitalik believes that it’s much easier to start transformative ideas within a city rather than an entire country. Cities are resilient and people in urban areas can always opt out whenever those experiments go south, therefore “it’s less likely that experiments within cities will lead to terrible outcomes”.

The young billionaire suggests solving problems in current smart city initiatives by adopting “blockchain and cryptographic technologies” as they “seems like a promising key ingredient for a more open and participatory way forward”.

Though small in scale, crypto city projects are already being implemented, and Vitalik lists some of the ongoing ones in the United States.

The first one mentioned is Reno, Nevada. Hillary Shieve, mayor of Reno, is a fan of blockchain and is interested in Tezo’s ecosystem. The mayor is turning the city into a crypto city by funding art through NFT sales, setting up a decentralised autonomous organisation (DAO) for the city and empowering Reno through the adoption of blockchain technologies.

Vitalik then discusses CityCoins.co, which is a crypto project built on the blockchain Stacks. Different from mainstream consensus mechanisms like proof of work or proof of stake, Stacks go by “proof of transfer” (PoX). CityCoins are generated through sending STX (Stacks’ native token) to a smart contract. 30% of coins generated will go to a wallet of the city while the remaining 70% will flow to CityCoin holders who chose to stake their coins. Vitalik considers it “interesting” because it tries to establish a financial model which is independent of any government help. Different cities have different city coins, MiamiCoin for example is already officially backed by the Miami government.

Among all the experiments, Vitalik believes CityDAO “is the most radical” one as the DAO is building a brand new city from scratch and is under the Wyoming DAO law, which makes it different from other cities’ projects and more difficult. CityDAO is trying to buy a plot of land in Wyoming now and will purchase more to create new cities in the future. Instead of coins allowing governance voting, they chose a voting mechanism which combines citizen NFTs and proof-of-humanity verification.

Visions for Cities Powered by Blockchain

Envisaging the infinite possibilities of new cities, Vitalik believes that blockchain can help from two perspectives: blockchain can be used “to create more trusted, transparent and verifiable versions of existing processes”; and can also be used to implement ownership and democratic governance of “new and experimental forms”.

Given the transparent nature and high interoperability of the technology, Vitalik  highly recommends using blockchain to increase efficiency, transparency, and democracy in building cities.

On improving existing processes through blockchain, he mentions the idea of “a whitelisted internal-use-only stablecoin for tracking internal government payments”. Transfers between individuals, organisations or departments are made clear with data-on-chain while privacy can be protected through zero-knowledge technologies, thus solving trust issues in the processes including (but not limited to) lotteries, certificates, asset registries and voting.

Vitalik brings up two experiments on improving the economy and governance through blockchain. These two are “radical” ones and can be adjusted in the future.

In Experiment #1, Vitalik shows how he thinks city tokens should work. He points out the possible risks in the economic mechanism of CityCoin.co is the project relies too much on early adopters and its development will not be sustainable in the future.

Vitalik believes that the current home ownership model is a double-edged sword: “There is an inevitable political tension between a home as a place to live and a home as an investment asset, and the pressure to satisfy communities who care about the latter often ends up severely harming the affordability of the former.” He proposes to solve the problems through blockchain: “what if we could create a divisible and fungible city token, that residents could both hold as many units of as they can afford or feel comfortable with, and whose value goes up as the city prospers?” A token can be a great solution when it provides sustainable sources of revenue for the government, creates economic alignment between residents and the city, promotes saving and wealth-building, encourages more pro-social activity and is egalitarian.

Furthermore, more value can be added to the token if a proper incentive mechanism can be created to encourage users (or specifically residents) to hold the coin. Economic alignment can be created and a sustainable use of resources would be encouraged. In this way, the intrinsic value of the token will be sustainable.

The token can open channels both for democracy and government revenue. “One excellent gold mine of places to give city tokens value and at the same time experiment with novel governance ideas, is zoning.” Vitalik believes that this “hybrid market + direct democracy based approach” will increase efficiency, government revenue, and utility.

In Experiment #2, Vitalik mentions a few ideas of Radical Markets, and suggests doing more based on what has been achieved. Blockchain cities would be able to incentivise developers to improve the “aesthetics” of their buildings, reform zoning rules, subsidise local businesses and local news, and improve advertisements.

Online voting powered by blockchain will help “digital democracy”. Vitalik thinks that radical changes can be made from here: “if you’re going to use blockchains to secure voting, starting off by doing it with fancy new kinds of votes seems far more safe and politically feasible than refitting existing voting systems.”

Despite all the possibilities that a blockchain powered city entails, there are still challenges in all experiments endeavoured. “The concept of creating a new city itself is, in modern times, relatively untested”, says Vitalik. Creating new cities needs a huge amount of capital and maybe “the multi-billion-dollar capital pool” will turn the experiments into real ones. And even when those ideas are made into reality, people will still choose to live where they are today rather than move into the new cities.

Vitalik reiterates the importance of blockchain: “Blockchains can be very useful in both the more incremental and more radical ideas that were proposed there, even despite the inherently ‘trusted’ nature of a city government.” Public chains are better options as they provide the utmost trust of data and issues such as high gas fees, security or concerns about privacy will be addressed through rollups, sharding and zero knowledge cryptography.

In the last part of his blog, Vitalik warns against traps in building new cities: “The main trap that governments should avoid is too quickly sacrificing optionality.” Other traps are launching a bad token in a relatively short time, or selling off too much land, or endangering the whole project by pleasing a small group of early adopters. There is a delicate balance between “taking things slowly” and seizing the opportunity. Vitalik is confident about the future of crypto cities: “There’s a lot that can and should be improved with cities and a lot of opportunities; despite the challenges, crypto cities broadly are an idea whose time has come.”

Vitalik Buterin founded Ethereum in 2014 and the open-source platform for decentralised applications quickly became a dominating network. Unlike Bitcoin, Ethereum allows for easier interoperability hence it is extremely welcome among the developer’s community and has inspired the creation of many new emerging blockchains like Polkadot and Cardano.