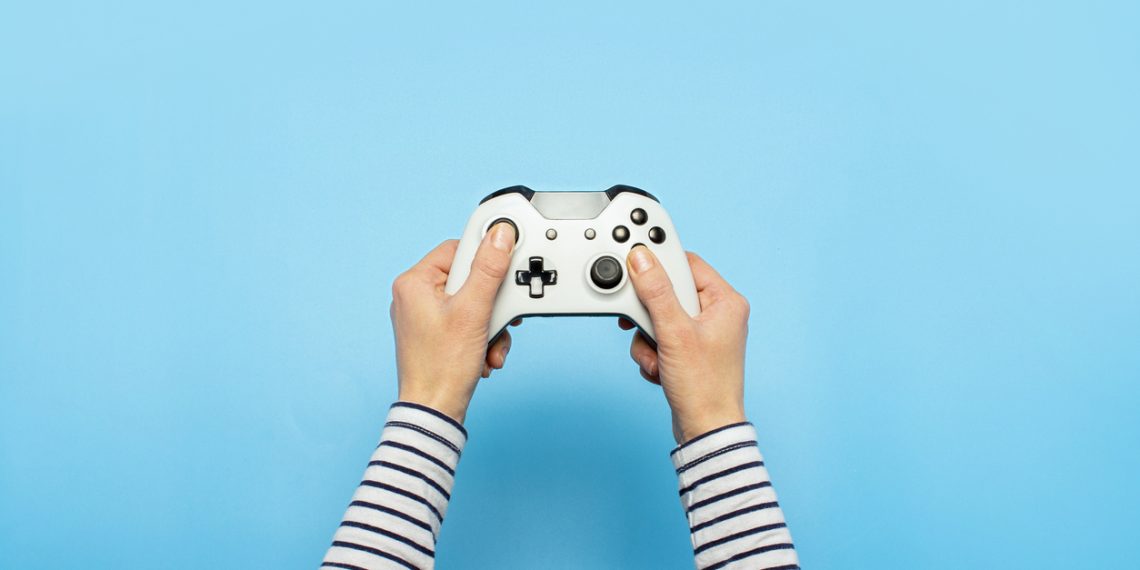 While most people would love to spend the whole day indoors playing video games, it is not possible. Not when there are bills to pay, things to buy and the general need for money. However, this is fast becoming a reality. It is becoming increasingly possible to quit your job and make playing video games a full-time job.

All this is possible due to the rise of cryptocurrency online games. The various crypto games are creating a digital market that allows one to gain from their time and skill. Below we break down everything you need to know about crypto games.

Traditional games are centralised such that the characters, weapons, skins and every other achievement from one game only belongs to that game. You cannot transfer them to any other game or another gamer. That is to say, you as the gamer does not own anything within the game. Also, you have no say over the longevity of the games. If the developer decides to turn off the servers for the game you lose everything from the achievements to the in-game assets. That is what the play-to-earn seeks to solve.

The play-to-earn gaming models allow you to own parts of the game. It gives the players ownership and control of the games such that they can play and improve the value of these assets. The more they play and earn points, the better the value of the assets in the long run.

These games come with an in-game economy where the gamers actively participate and get the rewards through ownership rights of the in-game assets. Some of these assets include cryptocurrencies, gaming tools, weapons and other gaming assets. These assets are stored on a blockchain’s distributed ledger which allows them to be traded for other cryptocurrencies. The tokens are then easily transferable to fiat currencies or other assets.

At the same time, in-gaming items like gaming skins can also be tokenised and then sold as non-fungible tokens (NFTs).

With the in-game purchases, the gamer can also buy various items to make for a wholesome gaming experience. They can buy extra lives, custom outfits, accessories, coins and more – directly from the game. These in-house purchases are made through cryptocurrencies or the platform’s native token. This is different from the traditional games where the in-game items are bought from a central location and is only beneficial to the gaming developer.

The in-game economy has grown so much in 2021, with most people looking to gain from gaming on the blockchain network. Top crypto games like Axie Infinity have generated more than $700 million so far in 2021 and are targeting to hit $1B by the end of the year.

Examples of the play-to-earn games

Even though play-to-earn gaming is a new phenomenon, so many games are already available. Some of the top ones include;

Created in 2018, Axie Infinity is the most popular blockchain game. It is a gaming platform where the gamers partly own and control the games. The games allow players to collect and breed the token-based creatures called Axies up to some level of particular skills.

The gaming platform is quite popular, as it attracts more than 350,000 daily players. Already, several people in various countries have quit their jobs to concentrate full time on gaming Axie Infinity.

Are you a fan of the popular series Game of Thrones? This is your game. It is all about players competing for a limited number of Dark Energy Crystals (DEC), the Splinterlands native token and rare NFTs. It resembles a game storyline similar to that of the Game of Thrones where it is prophesied that a more powerful enemy will come to rule over the six powerful kingdoms available in the game. It means the only way to win is by the kingdoms coming together to fight this common enemy.

Created in 2020, Splinterlands comes with unique in-game collectibles and NFTs due to the algorithmic build that prevents the in-game results from getting tampered with.

Gamify is an esports platform built on the Elrond blockchain. It incentivises gamers and other sports enthusiasts for using their sports skills and knowledge on the platform through NFTs and other in-game assets.

By running on blockchain technology, Gamify is accurate, fast and secure. It uses a native platform token, GFX, for all the rewards and transactions within the network.

The platform provides a wide variety of sports such as fantasy sports, lottery, PVP multiplayer games, prediction market and NFT marketplace and games.

This is an NFT-based fantasy game based on the Polygon network. The game is all about a post-apocalyptic war between the army of shadows led by Lucifer and the Heroes led by archangel Gabriel. The players have to fight and defeat the army of the shadows to gain more energy by collecting game assets and earning the native token. With enough resources, you can upgrade the characters, which then becomes more powerful and creates higher earning potential.

Stop Hero is such a massively popular game due to the extremely low transaction fees and instant transactions. It also has a massive community that helps lead discussions about the game and the various ways to invest in the platform for better earnings.

Liquidity in the crypto gaming

Like with any other marketplace, the blockchain market has liquidity concerns. An asset with high liquidity attracts many users and comes with an active market such that you can buy and sell the assets at any time. Otherwise, it would not make any sense to build the gaming characters and items only to fail to sell them in the end.

With blockchain gaming becoming more popular, the markets tend to attract users. This is evident following the massive community rise of platforms like Stop Hero.

Game developers are also finding ways to increase liquidity. One of these options is to merge both the NFT and FT assets. The FT assets come with high scalability hence good for the needed liquidity, the NFTs are ideal for the rarity, hence are top value even when there is a low volume of transactions.

Are the crypto games here to stay?

As with any other new invention, the general question among crypto game users is longevity. If people are going to quit their jobs and start depending on the cryptocurrency games for income, then there is a need to know whether it is for the long term or not.

At the moment, all indications are that crypto games are the future of gaming. Traditional gaming is already popular when the gamers have to pay to get the best out of it. Gamers are willing to pay thousands of dollars to buy gaming consoles and in-game items. Now imagine what happens when they get paid to do the same thing they were already doing for free. That explains why various blockchain gaming platforms have gained a massive growth in users within a short duration.

As gaming becomes more popular it means the crypto industry will be booming. Like with cryptocurrencies, the more the native crypto tokens of the games are used, the higher the value. Therefore, apart from just earning from the games, it has the potential of becoming a huge market on its own.

To add, gaming requires skills. To build your characters up to that point where they can earn more points as you beat the challenges, also takes time. However, not everyone has the skill and time to meet these challenges. Yet this will not stop them from joining blockchain games. They will then take the easy route by buying already pumped up characters and in-game assets in the form of NFTs. Therefore the skilled gamers are likely to make a killing as the crypto gaming industry booms.

The other reason why crypto gaming is here to stay is from precedence. Various crypto products have never had full acceptance from the start. For example, various investors felt NFTs were a mere boom that would burst after some time. Almost a year later, NFTs are more massive than ever. It keeps attracting new users and even celebrities like Floyd Mayweather creating their own NFTs. The same way digital currencies took time before gaining institutional investor approval, crypto gaming will eventually be mainstream.

Blockchain technology has opened the world more than ever expected. Crypto gaming is yet another innovation. At a time when most people are looking for more freedom from traditional jobs and to work from home, crypto gaming could be massive. This will then have a ripple effect on the crypto industry which will boom with more users. With continual development it is easy to see why many believe crypto gaming is the future.