by Cuong Nguyen
in Tech

Charles Hoskinson intends to incorporate ADA and the famous meme token Dogecoin into Twitter (DOGE). Now that Musk has completed his $44 billion acquisition of Twitter, Cardano’s founder is confident that the social media network will soon incorporate DOGE, as Musk has repeatedly hinted. 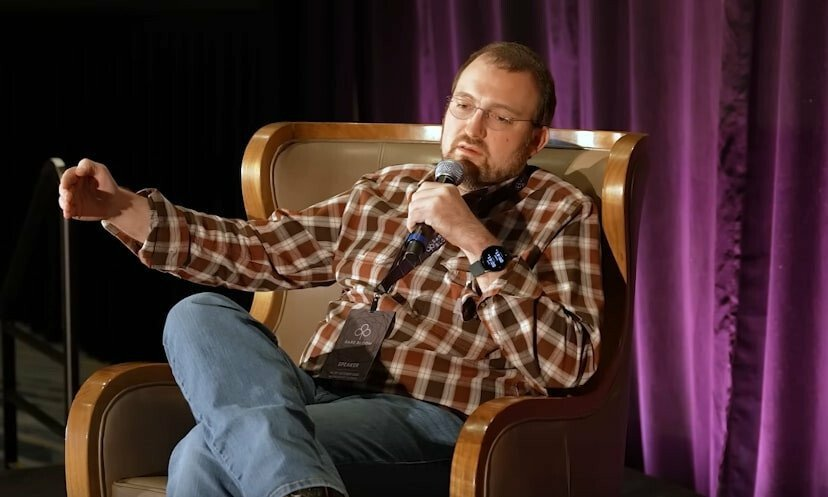 Elon Musk is now Twitter’s “Chief Twit,” indicating that the microblogging platform would undergo significant changes, all of which appear beneficial to cryptocurrencies, particularly Dogecoin.

According to Charles Hoskinson, CEO of IOG (previously IOHK), there is a real potential that the leading meme coin, DOGE, will merge somehow with Twitter.

Musk’s acquisition of Twitter sparked rumours that he will decentralise the platform and accept Dogecoin (his preferred coin) payment for services such as Twitter’s Blue membership.

The DOGE price increased by more than 80% earlier this week after it became public that Elon Musk had acquired Twitter. DOGE was the eighth-largest cryptocurrency as of press time, with a market worth of $15.1 billion and a price of approximately $0.11.

When asked whether he believes Dogecoin will move to proof-of-stake (PoS) or the proof-of-useful-work (PoUW) consensus algorithm, given that it is likely to be integrated into Twitter, Hoskinson suggested that the dog-themed cryptocurrency become a Cardano sidechain. The founder of Cardano stated that he was willing to perform the migration for free and would even implement smart contracts.

Should be a cardano sidechain. I’d do the migration for free. Hell I’d even add smart contracts

Musk Could Send Bitcoin to the Moon.

Musk has long been a supporter of Dogecoin, although he is being sued for a staggering $258 billion by DOGE investors for allegedly conducting a pyramid scheme with the coin. Over the past few months, Dogecoin’s ascent has been fueled by Elon Musk’s wacky tweets and claims to collaborate with the coin’s developers to help it surpass bitcoin.

Eliminating bots is one of Musk’s top concerns as the owner of Twitter. By persuading crypto users to click on dangerous links, the network has become notorious for these scams, which cause actual financial harm to consumers by forcing them to click on malicious links. The capricious billionaire had earlier proposed deploying Dogecoin to eradicate these spam bots.

Although he has been coy about the details, many analysts anticipate he will make Dogecoin Twitter’s official crypto, which might encourage additional investment, acceptance, and listings. This could propel an already-elevated DOGE to the moon.

The BNB Chain core development team has published a whitepaper on BNB Greenfield, a Web3 platform that integrates smart contracts with data storage and is built on the...

Polygon PoS blockchain engineers advocated for the rollout of a hard fork upgrade to combat gas spikes and strengthen block security on the sidechain network. Developers at Polygon...

Investors who aspire to hold their crypto assets long term, are often known as HODLers in the crypto sphere, generally keep their bitcoin in a hardware wallet or...