Home » Ethereum Merge: The Journey So Far & Its Future

The excitement around the Ethereum Merge has continued to grow. Although nothing is set in stone, the Ethereum merge will probably be according to the developers’ most current timeline. This certainty has significantly affected the market, and digital asset prices have increased accordingly. As the market approaches the Merge, let’s delve into the road that has taken the network to its current state and its future course.

The Journey So Far

Everyone is so focused on the impending Merge that it would not be an exaggeration to claim that many more recent investors do not comprehend the Merge or how it began. Only how the staked ETH will be distributed to the owners is all that is discussed. However, like with any significant network update, the Merge has been a long time in the making and has seen several important events along the way.

The very first introduction to the network occurred in 2020, with the introduction of the Beacon chain. This initiated the whole procedure. After this, there are other hard forks, each more crucial than the previous.

In August 2021, London would follow shortly after, bringing the EIP-1559 fee model with it. This update initiated the ETH burn and altered how miners are compensated for mining blocks on the network. It has also reduced the supply of ETH by around 30% since its implementation.

The Future Of Ethereum

The Ethereum Merge is now closer than ever before. After the London hard fork, the lack of progress in the subsequent months would cause investors concern and create rumours that the Merge would be delayed again, although this has not been the case.

It’s expected to occur in September. Contrary to the market’s expectations, this is not the last move that Vitalik Buterin has planned for the network. Given the anticipated enhancements, 2023 will be equally as crowded as the preceding years.

The planned Surge in 2023 is one example. This is when the more significant scalability component of the transition to the Consensus method will be implemented, and it will occur via the introduction of sharing. The Verge will enhance data storage on the network using Verkle trees around 2023, but no exact date has been set. 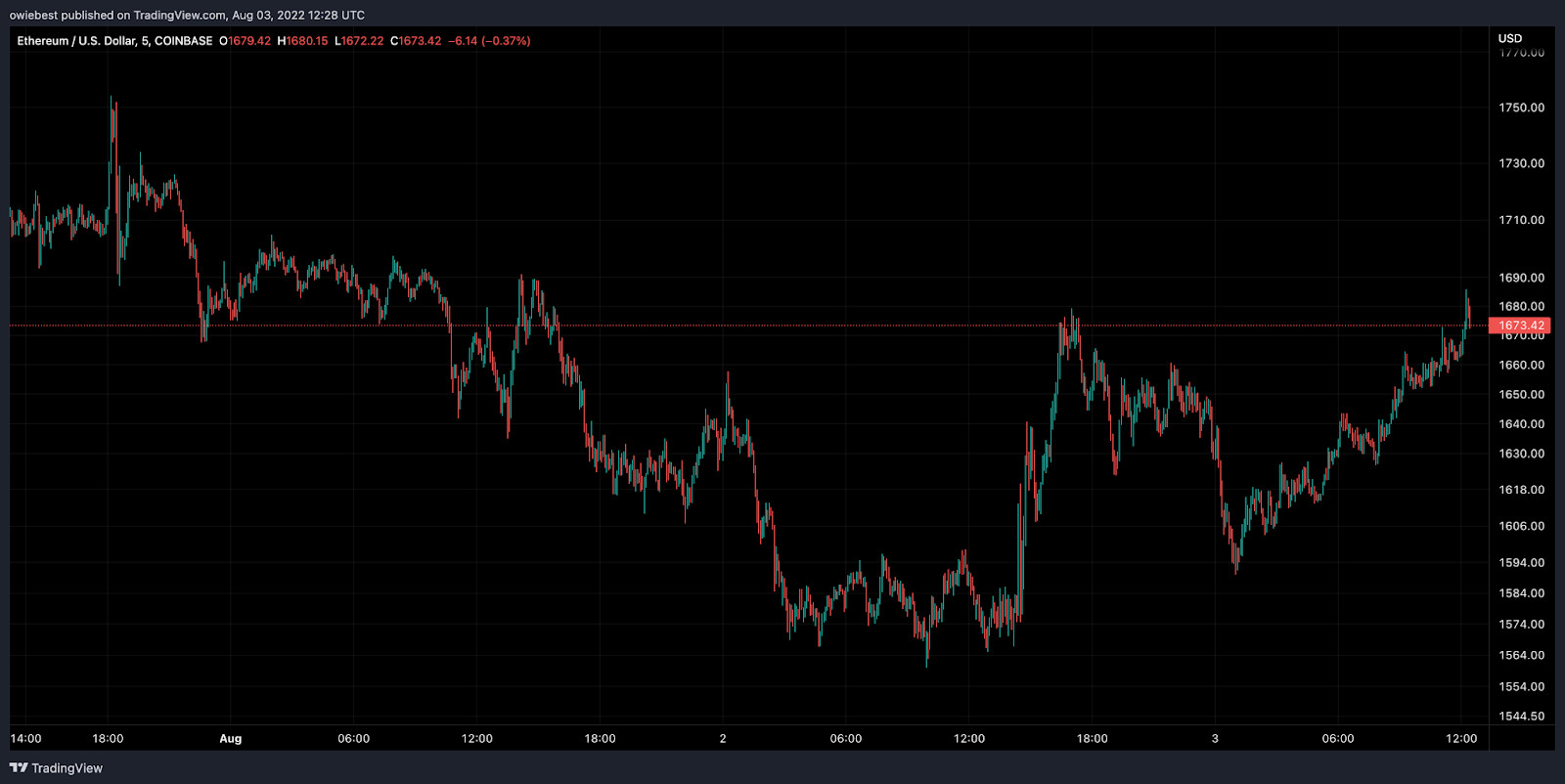 ETH price is below $1,700. Source: TradingView.com

Other significant enhancements include the Purge and the Splurge, which delete past data and bad debt in the Purge case. The Splurge will consist of a series of minor network-critical enhancements.