Which countries have banned crypto exchanges? 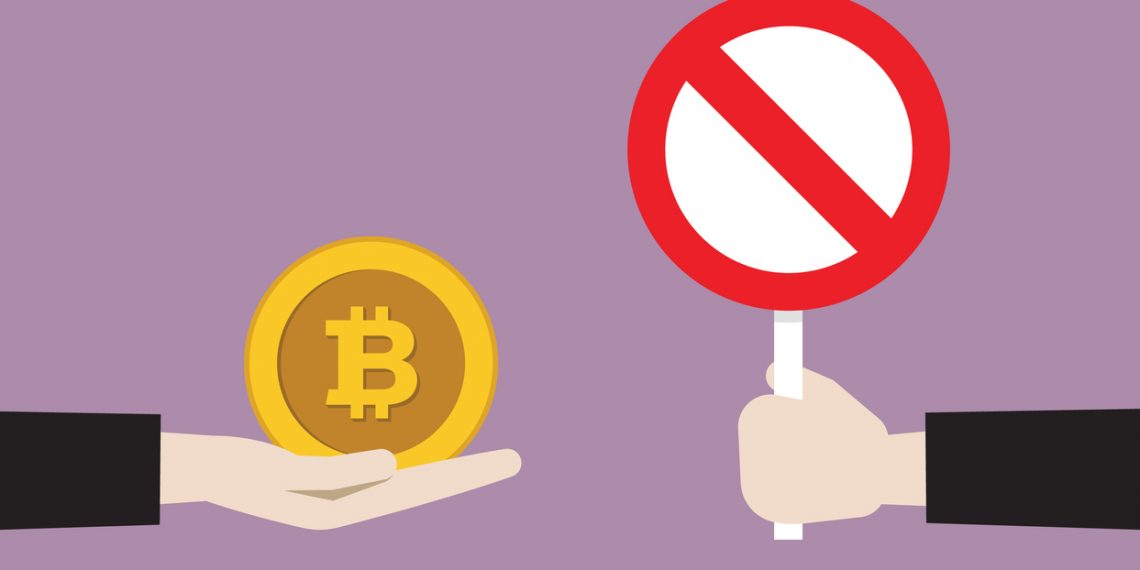 Some of the countries that have crypto exchanges include;

Turkey is one of the countries that had a vibrant crypto community before banning crypto exchanges in April 2021. The country stopped all purchases using cryptocurrencies due to irreparable damage and transaction risks.

The central government published a gazette notice prohibiting the use of cryptocurrencies both directly and indirectly when paying for goods or services. This came at a time when the population had embraced cryptos to work in place of the devalued national currency, the Lira.

Iran is one of the countries that rely on cryptocurrencies to avoid economic sanctions. The county has been cut off from the world’s economic stream with a limited market for its oil. Cryptos then provides the best option for purchasing imports.

With the high demand for Bitcoin, the country has invested in mining rigs and pools. It accounts for around 4.5% of the world’s total Bitcoin mining activities. However, this comes with power use challenges. Bitcoin mining has long been faulted for its energy-intensive nature.

Following the drought which affected hydropower in the country, Iran has struggled with regular blackouts. To save the situation, the government had to ban Bitcoin mining for four months. Even though the national electricity company had earlier indicated licensed miners shut down voluntarily, the president had to ban all mining activities as most of the power use comes from unlicensed miners.

Bangladesh is the other country that has had a hostile relationship with cryptocurrencies for the longest time. While the country does not provide a blanket ban on cryptocurrency use and exchanges, it has various regulations that curtail the free use of digital currencies.

The first of Bangladesh proclamations against Bitcoin was in 2014 when the central bank advised against the use of digital currency in the country. The bank cited the Money Laundering Prevention Act, 2012 and the Foreign Exchange Regulation Act, 1947 to prove the illegality of digital currencies. The bank claimed these currencies were not provided by any foreign sovereign country, nor were they from a regulated payment system, hence the possibility of harm to the users.

As Bitcoin became more popular the Bangladesh Bank issued another cautionary notice on its website in 2017. On top of the earlier mentioned acts, the bank included the Anti-Terrorism Act, 2009 as a possible law cryptocurrency use could violate. It also asks the citizens to avoid transactions involving cryptocurrencies like Bitcoin, Ethereum and Ripple.

Even though the country does not outright ban cryptos, the stated acts by the central bank minimise its use. In a recent letter, the Foreign Monetary Policy Division of Bangladesh Bank clarified that owning and trading cryptocurrency is not a crime. However, this does not reflect as the government stands, as the parliament and other state departments don’t approve of digital currencies.

Nigeria is one of the world’s leading crypto active economies. As the most populated country in Africa, the country has a vibrant market for crypto uptake. It also has a young population that has access to education and digital services without many opportunities. That explains why Bitcoin was an instant hit in the country.

Bitcoin applications in the country have been expanding so fast. One of the most evident times for crypto application was during the SARS demonstrations. The country resorted to Bitcoin to collect funds for the demonstration victims. This move had support the world over, even from Twitter CEO, Jack Dorsey.

However, in February the central bank of Nigeria gave out a notice banning all crypto-related activities in the country. It prohibited crypto trading and all other transactions involving the use of digital currencies.

Of the crypto banned countries, Bolivia has never had a good relationship with cryptocurrencies. As early as 2014, the Bolivian central bank had already banned all forms of crypto transactions. The country does not approve of Bitcoin and any other digital currency.

You risk fines and jail terms when caught using cryptocurrency in the country. Already several people have been arrested over the same. Even though various advocates have tried fighting for the reversal of the crypto laws, it seems less hopeful that they will change.

If there is one country that has raised crypto-related news due to bans it’s China. The country is the world’s top Bitcoin mining location. It also leads the crypto use through exchanges based on the number of holders. It is, therefore, no surprise that the market plunged more than 11% when China announced a ban on crypto mining and related activities.

The country has a history of changing crypto regulations. The first of the regulations was in 2013 when the People’s Bank of China prohibited financial institutions from processing Bitcoin transactions. The bank then banned ICOs and domestic crypto exchanges in 2017. All this time, Bitcoin mining had remained legal. With access to special mining machines and affordable power, the country became the leading crypto-mining centre with the world’s largest count of mining rigs, crypto exchanges and mining pools.

However, all this was startled when China started a crypto crackdown in recent weeks. The country has warned against Bitcoin mining and bans all financial and payment institutions from processing crypto services.

China has stated the need for consumer protection, economic stability and environmental concerns as the reasons for banning crypto use in the country. It seeks to protect its economy from relying on the volatile crypto market that will leave it vulnerable to the crypto market movements.

Every country that bans crypto exchanges and related activities has reasons. The most common reason is to protect the citizens from the volatile crypto movement. Cryptocurrencies are decentralised with no controlling authority. Its value depends on the prevailing market forces. This leaves the holders vulnerable in case of a downward spiral or failure of a crypto project.

The banning of crypto exchanges has both positive and negative impacts on the crypto market depending on the country. First, the main effect of the bans is market disruption.

As a growing entity, the crypto market movement depends on various activities like crypto-related news and new developments. Banning cryptos messes up the market as the current holders sell off their assets. The reduced demand leads to market flooding hence reduced values. It can then take some time before the market corrects.

Again, it is not all the time when banning crypto exchanges has negative impacts. There lie opportunities within these changes. For example, China banning crypto mining has helped reduce the mining difficulty. This increases mining uptake in other countries.

What is the future of crypto following the bans of the exchanges?

Most of the countries tend to have a changing stance on cryptocurrencies. China for example has had a changing crypto environment through the years. While it had banned some crypto activities since 2013, mining has been ongoing. As such, the crypto bans are never permanent.

However, what is clear is that the future of cryptos is regulations. Every country that accepts crypto has defined regulations around it. For example, in Australia, the Australian Securities and Investments Authority (ASIC) provides the crypto use framework.

Do countries that ban crypto use other digital currencies?

Banning cryptocurrencies does not mean a country forfeit the possibility of using any other digital currency. The digital economy is the future of world operations. By not taking advantage of the online world boom, a country would be set back a few years compared to the other economies. Therefore, banning cryptos can be a way to create space for alternative digital currencies.

Most of the countries that have banned cryptos are looking to introduce a digital national currency. For example, China has embraced Bitcoin to dominate the new economy. It however became hard due to the less control. For now, the country is at the advanced stages of launching a national digital currency. Most other countries will likely follow the same route it works for China.

Why is Crypto Banned in India?

Why is Crypto Banned in India?