Why are “Big Short” investors bearish on crypto 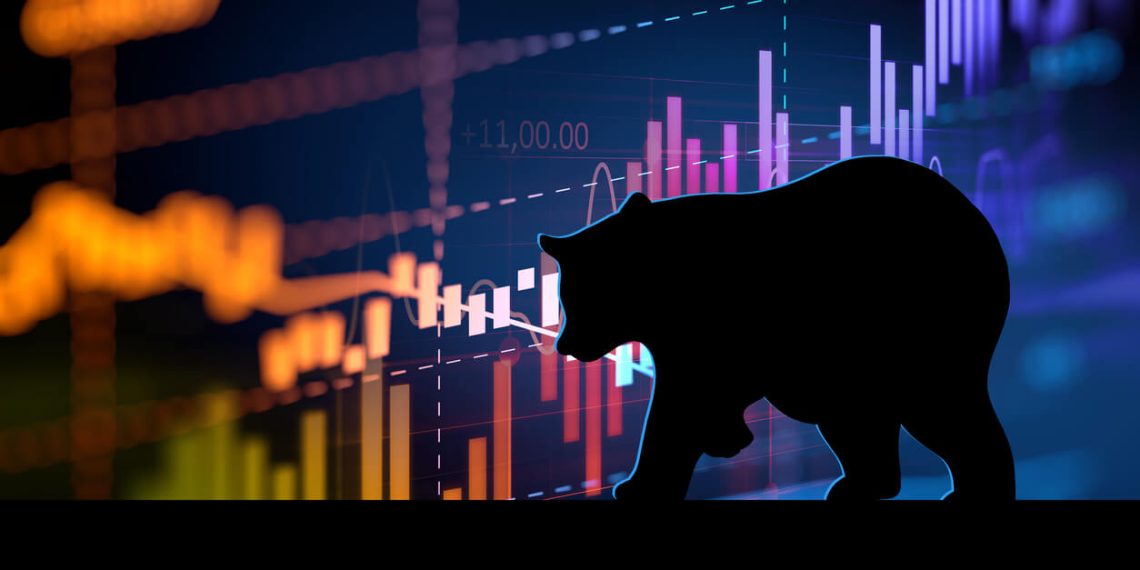 For the past few years, crypto has been seemingly shaking up the international economic order. What was once a controlled space with the government and various financial institutions like banks and the stock exchange taking the lead now seems to be disrupted by the entry of digital currencies.

Starting around 12 years ago, cryptocurrencies were introduced to work as an alternative to fiat currencies. Their decentralised nature was such that the government and any other single control unit wouldn’t have full control over a person’s.

In the earlier days, it seemed unimaginable how much cryptocurrencies would grow and how fast. Back then it seemed like governments would have full control over monetary flows and that nothing would take it away from them.

Then the crypto revolution began.

Bitcoin as the leading cryptocurrency started gaining users and becoming a payment method. By the time of the Covid-19 pandemic, digital currencies crashed along with every other asset class, but rebounded very quickly.

The crypto market has grown so much that they have become mainstream. Several merchants now even accept it as a payment method. At the same time, even though institutional investors took time to embrace it, they are now actively investing. Countries like El Salvador have even recognised Bitcoin as a legal tender.

Even better, the Securities and Exchange Commission (SEC) has recently approved the first exchange-traded futures (ETFs) after a long period of delaying or rejecting applications.

With all these in place, Bitcoin and the other altcoins seem extremely bullish. Well, not so fast.

Various “big short” investors are still not keen on cryptocurrencies. Most of them, having studied and interacted with the financial markets for years, and feel the crypto market is a bubble that will burst after some time.

Top of the team of the investors who are still dismissive of crypto is Michael Burry, the focus of the book and film, The Big Short. In a now-deleted tweet, Burry warned that Bitcoin’s growth is unsustainable and investors would end up losing.

He wrote, “$BTC is a speculative bubble that poses more risk than opportunity despite most of the proponents being correct in their arguments for why it is relevant at this point in history.” He added, “If you do not know how much leverage is involved in the run-up, you may not know enough to own it.”

Having been one of the top gainers from the housing market collapse in 2007, Burry knows about bubbles. He believes that cryptocurrencies are showing similar movements. He said,” Fads today (#BTC, #EV, SAAS, #memestocks) are like housing in 2017 and fiber/.com/comm/routers in 1999.”

Other famous critics of the crypto world include Hedge fund mogul John Paulson, the man behind the “greatest trade ever” having made $4B on subprime mortgages. NYU professor Nassim Taleb, the writer of the book The Black Swan that warned of the various events before the subprime crash, states that Bitcoin is technically a Ponzi scheme.

Hedge-fund billionaire and hard-money acolyte Paul Singer, and economist Nouriel Roubini, one of those who had predicted the financial crisis, are the other notable figures criticising the growth of cryptocurrencies.

Singer believes that cryptocurrencies are a fraud, however, he has gotten tired of complaining about them. The balding 77 year old said, “Pulling out your hair is an option, though only if you have hair to spare. We continue to press on to the day when we can say, ‘We told you so.'”

Hedge fund billionaire, Ken Griffin, CEO of Citadel has also recently joined the team of crypto critics as he terms the crypto movement as a” jihadist call” against the dollar. He told the Economic Club of Chicago that it’s a crazy concept for a country to embrace what so many young, bright and talented people create as a replacement to the national reserve currency.

Some of the other critics have also said that crypto has no income or utility, hence it has no way to arrive at a fundamental value. They also believe that Bitcoin should not be touted as a possible replacement to gold, as Bitcoin might disappear in the future but gold won’t.

While these “big short” investors voice their concerns about the crypto market, digital currencies seem to be on their biggest bull run to date, despite the recent downturn. The crypto industry has had some concerns which seemed would unsettle it, however it has gone well. For example, the China crypto crackdown was a massive blow to the market. Given that the Chinese market accounted for more than half of all Bitcoin mining, it seemed as though the ban would create concerns the world over.

However, instead of messing up the market. The China crypto crackdown helped better the Bitcoin landscape. With mining and other activities concentrated in one place, the tokens were risking becoming centralised. For now, mining has expanded to other countries like the US, Kazakhstan, Australia and other places.

At the same time, the crypto world has had to contend with the issues of its impacts on the environment. Leading companies like Tesla stopped Bitcoin payments due to environmental concerns. However, the miners have since embraced various renewable energy sources for mining.

Unclear crypto regulations is another part that seemed to affect the crypto markets. However, already the various markets are working on providing the right framework for crypto operations. For example, in the US, the Fed has confirmed that they do not have plans to ban cryptocurrencies.

In Australia, the Senate is working on plans to make the country a cryptocurrency hub. This is done by having a select committee collect views from crypto experts and various crypto-related service providers. It will then provide a way to deal with the debanking of crypto services among other concerns.

Will the crypto world fail?

Whether you are a short seller or a believer in crypto, the concern of whether the crypto will fail or prosper remains. The “big short” investors have raised valid concerns about the long term viability of digital currencies. Given they have been in the financial industry for the longest time and are some of the most successful, it’s only right that their concerns create some questions.

Some of the short sellers are asking about the main purpose of Bitcoin. Is it looking to take away the financial regulators, or what exactly does it aim to achieve?

Even though created as an alternative to fiat currencies, cryptocurrencies have operated more like traditional stocks than a means of payment. While there are various merchants that now accept Bitcoin and other crypto for payments, most people still stick to fiat for purchases. Instead, they look to invest in the crypto and hold them depending on the market movement. They are looking to trade and make profits by buying low and selling high.

Digital currencies run on a blockchain that has a public ledger where all transactions are recorded. Anyone can access the transaction details from the ledger and follow up a money trail. This means any illegal transaction can be followed and the accounts responsible be identified.

The introduction of the Know Your Customer (KYC) and other anti-money laundering protocols have also worked to improve the security of digital currency transactions. Crypto exchanges are now operating like any other traditional forex exchange.

There is also growing sentiment among crypto enthusiasts that the “big short” investors opposing crypto are doing so to spread FUD (fear, uncertainty and doubt). Given they are the experts in the traditional financial system, they would rather stick to what they understand best. For example, if digital currencies were to come at a time when they were just getting started in the market, then they would have embraced it.

There is also the hope that instead of cryptocurrencies failing, these investors would begin supporting them in the long run. Similar patterns have been observed before. For example, in the earlier crypto days, banks tried stopping their clients from accessing digital currencies. However, as digital currency became mainstream, it became inevitable. The same happened with the institutional investors.

For now, “big short” investors still see a bleak future for crypto, however, it does not seem to have a big impact on the industry. Still, as an ever-changing industry, nothing is ever a given.

Over 800,000 Australians have entered crypto market in 2021 according to ATO

Over 800,000 Australians have entered crypto market in 2021 according to ATO