Russian President Vladimir Putin recently blamed the United States and other G7 countries for causing rampant inflation in global commodities markets. He predicts that the world’s reserves will begin to shift away from sovereign debt and towards “real resources,” deepening the commodity inflation spiral.

End of a Unipolar World

The President delivered a more than hour-long speech at the St. Petersburg International Economic Forum Plenary on Wednesday, June 15th. He began his speech by claiming that the “very principles of the global economic system have taken a blow.”

“Fundamental business notions such as business reputation, the inviolability of property, and trust in global currencies have been seriously damaged,” he said. 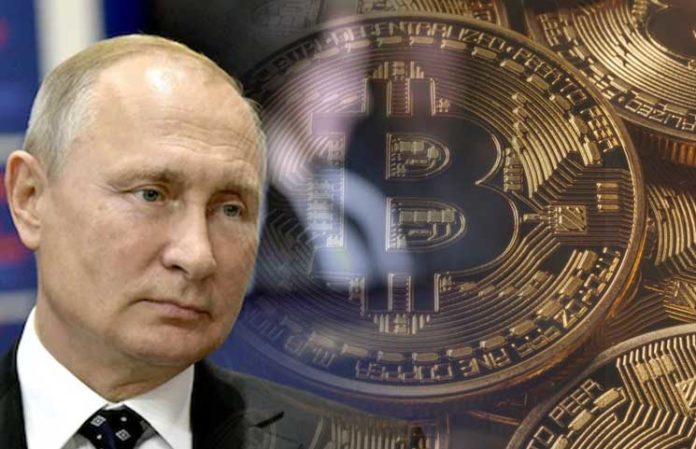 Last March, Russian banks were barred from using SWIFT, the world’s largest financial messaging system, which is used by 11,000 institutions worldwide. Russian financial institutions were effectively cut off from developed Western economies as a result of the sanction. This, along with bans on Russian oil and gas imports, was meant to punish Russia for its invasion of Ukraine in February.

Putin stated that such measures have proven to be a double-edged sword, causing equal harm to those who enacted the sanctions. For example, both Europe and the United States have seen significantly higher living costs in recent months, especially fuel costs.

However, inflation in the product and commodity markets is caused by factors other than sanctions, and it was a “fact of life” well before this year.

“The world has been driven into this by years of irresponsible macroeconomic policies pursued by G7 countries, including uncontrolled emission and accumulation of unsecured debt,” claimed the President.

To address their mounting debt, Western economies have been forced to print more money at an exponential rate. As Putin points out, the US money supply has increased by 38% in the last two years alone, while Europe’s has increased by 20%. This new money quickly crossed national borders, “wiping out global markets.”

Putin backs up this theory by pointing out that the United States has recently become net importer of food. It now imports approximately $350 billion in goods per month, up from $250 billion at the end of 2019. That’s a 40% increase, proportional to the country’s money supply expansion. “Why exchange goods for dollars and euros that are losing value right before our eyes?” he asked.

The combination of record-high inflation and demonstrable risk of confiscation surrounding dollars and euros, according to Putin, poses a threat to countries holding these currencies in reserve.

“A conversion of global reserves will begin … They will be converted from weakening currencies into real resources like food, energy commodities, and other raw materials,” he concluded.

As Russian sanctions were imposed in March, many Western politicians scrambled to find solutions to the Kremlin’s potential use of Bitcoin to circumvent the sanctions.

For better or worse, many people believe Bitcoin could be the solution the Russian government is looking for. It is resistant to censorship, supports peer-to-peer exchange, and is immune to the debasement of fiat currency.

Bill Miller, a legacy investor and fund manager, stated in March that the Russian Ruble’s depreciation was positive for Bitcoin. A week later, a Credit Suisse investment strategist predicted a similar flight to commodities as Putin, and that Bitcoin would likely benefit from it.

So far, Putin has recognised the potential benefits of Bitcoin mining for Russia. A State Duma member has even suggested that the country accept Bitcoin in exchange for oil payments.