SEC Chair Gary Gensler has been criticised for his crypto position and regulatory procedures and for establishing aggressive control over cryptocurrencies by designating them as securities and ignoring previous SEC rulings.

In response to recent corruption and market manipulation charges, a Change.org petition requesting the removal of Gary Gensler has gathered substantial attention.

The petition ‘Fire Gary Gensler as SEC Chairman for obstruction of justice’ has gathered over 16,000 votes at the time of publishing. 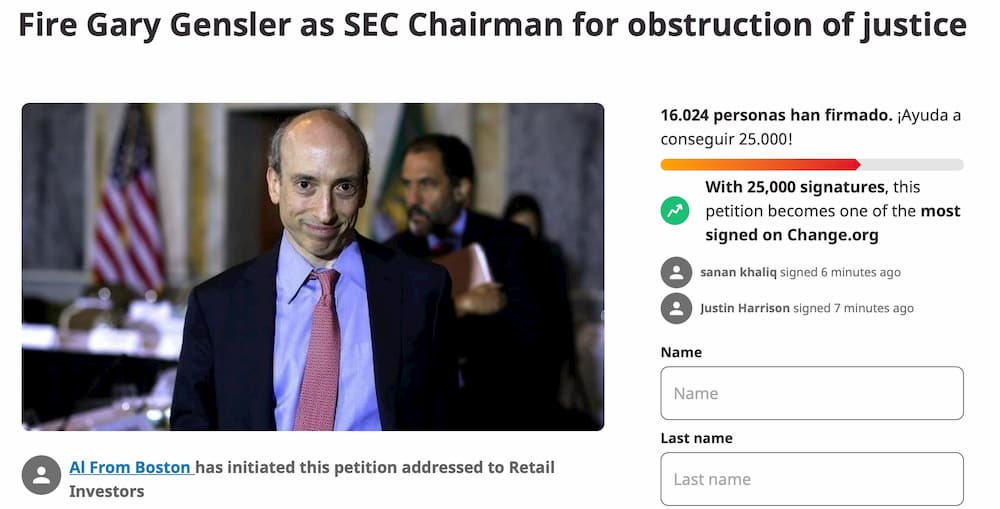 The petition asserts that Gensler should resign because he failed to protect regular investors from fraud perpetrated by Citadel Securities‘ short selling and dark pool abuse.

Other allegations against Gensler

On July 27, attorney John E. Deaton reported that Vanguard Group manages the funds belonging to Gensler’s enterprises Annabel Lee LLC and a Marital Trust. Vanguard oversees 90 per cent of the assets of the SEC Chair, whose net worth exceeds $100 million.

Deaton also said that Gensler seeks to establish control over crypto as he continues to designate bitcoin tokens as securities.

In addition, under Gary Gensler, the SEC disregarded previous judgements and official views. For instance, despite a court order, the SEC failed to deliver drafts of Hinman’s 2018 address in the litigation against Ripple.

Brad Garlinghouse, CEO of Ripple, said that the SEC was banking on the fact that most crypto-related businesses lack the financial capacity to mount a legal challenge against the agency.