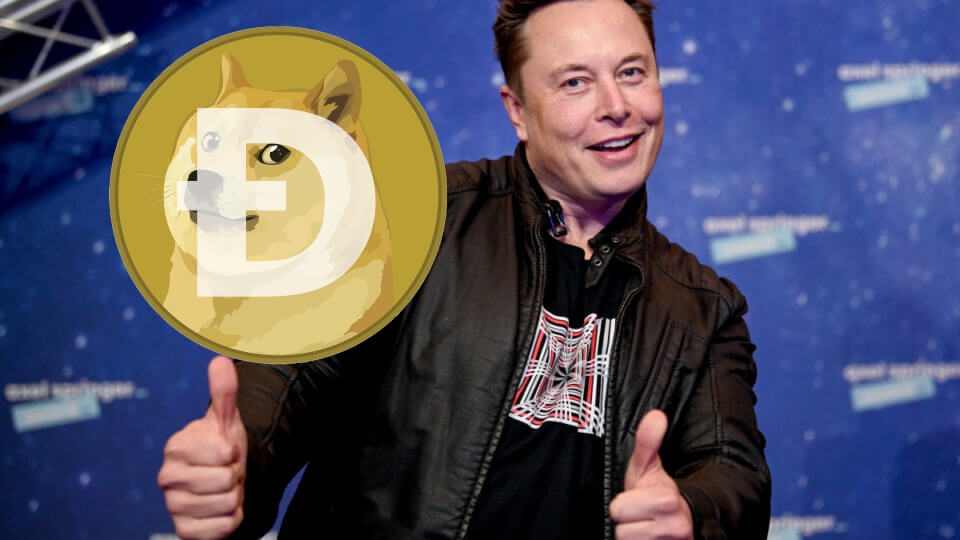 Dogecoin is a memecoin that was started as a joke. It however grew to become one of the most popular tokens in crypto, at one point trading as the fourth largest token based on market cap. Most of these market gains were a result of the direct influence of Elon Musk, which remains one of his biggest impacts on the crypto space.

Elon Musk has been part of the crypto world from as early as 2017 when he claimed that he should have bought Bitcoin eight years ago. By then, there were rumours that he was the actual Satoshi Nakamoto. He then responded by claiming he couldn’t remember where kept some 0.25BTC which he owned.

Musk would however be more invested in the crypto world from 2019. He declared the Bitcoin structure “brilliant”, but confirmed Tesla would not be part of it by then. At the same time, he was proclaimed the CEO of Dogecoin in a Twitter poll, to which he replied, “Dogecoin might be my fav cryptocurrency.” The tweet saw Dogecoin rise by around 27%. He later on included the phrase “former CEO of Dogecoin” to his Twitter bio leading to a 10% price increase.

Musk became even more integral to Dogecoin’s growth in 2020 as he repeatedly posted about the token, triggering a price spike. At one point he tweeted, “One word: Doge” which triggered the price of the token by more than 40%.

In 2021, the Tesla CEO kept on his Dogecoin initiative by supporting the WallStreetBets subreddit, a community popularised in the mainstream after the GameStop movement. Musk’s tweets would at one point lead to Dogecoin’s value to increase by more than 800% to reach the US$0.05 mark.

Apart from the memes and Dogecoin information, Musk is also willing to act on behalf of the Dogecoin users. This was evident when he questioned crypto exchange Binance after they suspended the withdrawal of Dogecoin from the platform for up to 14 days. Musk tweeted Binance directly to inquire about the platform’s issues while terming it shady. The exchange said it was a technical issue and nothing shady and later reinstated the services.

Ensuring the long term use

No matter how much meme coins increase in value, there’s always a general consensus in the crypto community that it won’t last for long. Most crypto experts understand that top cryptocurrencies like Bitcoin and Ethereum’s value are driven by their use cases. Bitcoin is generally accepted as a payment method while Ethereum offers a platform for building other successful decentralised applications.

As the Dogecoin champion, Elon Musk will ensure the coin has use cases that will make it a long term viable token. He had earlier claimed that Dogecoin is better to buy things with than Bitcoin. He then followed up this proclamation by letting Tesla, the company he heads, accept Dogecoin for its merchandise, which immediately increased the token’s value by 20%. With the successful implementation for payments by Tesla, several more companies will follow suit to accept Dogecoin payments. This is the only way to assure Dogecoin’s long term success.

Elon Musk has single-handedly been responsible for the massive growth of Dogecoin in recent years. He remains the token’s greatest champion and will still impact its movements in the future.