The crypto markets have meme lords, trolls, psyops, internet culture and Ape non-fungible tokens (NFTs). There have always been flags and stories, storylines and uniforms. Our Web3 voice and clothes are unusual and unique, and so were the suits and ties Wall Street wore in 1987 on Black Monday, as were the t-shirts of the early internet when America went online.

But even if creative devastation brings misery to people’s lives, there are things to observe and learn. Everyone, including myself, will manufacture tales and justifications for what has occurred and what it means.

The clamour for regulation will become more significant when stablecoins, shadow banks and levered hedge funds wipe out the consumer. The urge for reconstruction will grow, mainly from the people eager to deploy stalled money. Some will refer to Austrian economics and human responsibility and dig in politically.

Then we will settle down, grow bored, forget, and repeat things. The person is a cell, and the multitude is a super organism. There is only so much someone can do to fight the corpus they are a part of. And there is no solid indication that we should resist. No Luddite ended up accurate in the face of perpetual technological development reformatting the structure of human civilisation. But perhaps they were thrilled about it.

If you want a silver lining, here is where to look. Is there creativity and invention among the whirling maelstrom of financial loss? Is it just recursive financial engineering, or is there some underlying operational economy and development in the architecture of the world?

This is where we can see the significant difference between now and the 2018 initial coin offering (ICO) crash since you’ve been there before, too. Then, enormous sums of money were raised for early-stage venture pitch decks. Billions were raised for promises of goods on paper and never really constructed or used. It collapsed the idea space, spurred by regulatory pressure on the token financing mechanism.

Fundraising is not the actual thing – if anything, it is a burden to your investors before you construct. Further, there was very little in terms of a Web3 economy. Ideas about organising in decentralised autonomous organisations (DAOs) or experimentation with NFTs existed, but nobody was earning a living the way artists can this time around.

I am instead reminded of my experience in 2008 at Lehman Brothers. We had witnessed Bear Stearns fall and be sold in a fire sale and looked for who would be next. Lehman? Morgan Stanley? Today, the names are different. Celsius? Three Arrows Capital (3AC)? Or rewind some further. Long-Term Capital Management? Lehman went bankrupt because its counterparties refused to lend to it due to the perception of its highly levered and underwater balance sheet. This was a sacrifice to the deity of moral hazard. Every investment bank was sitting on the same exposure. 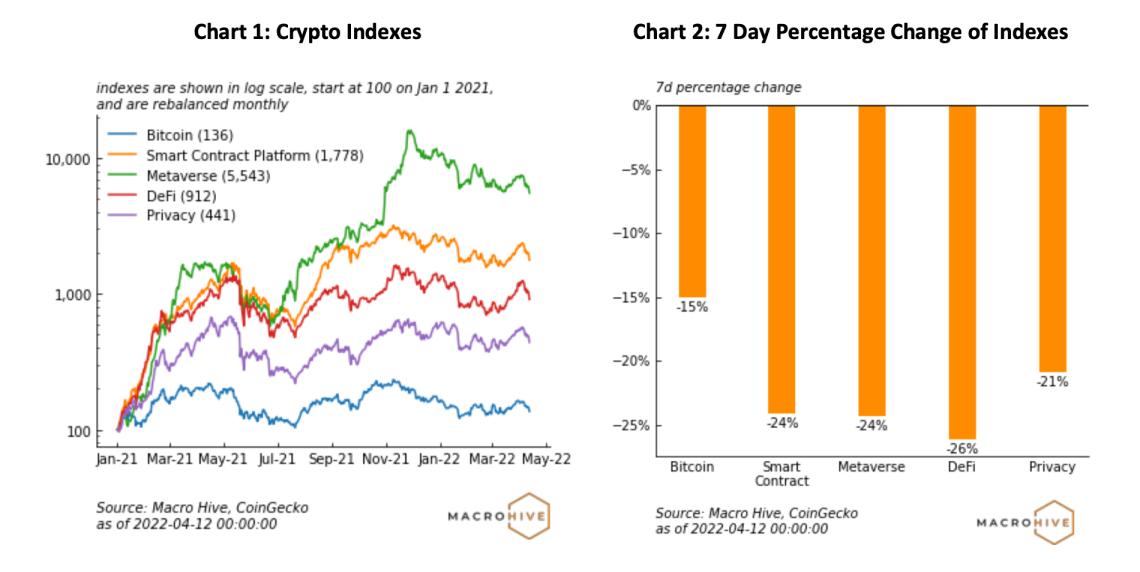 The 2022 crypto slump looks less like a failure to deliver on the promises of innovative technology and more like a classic financial deleveraging across an asset class. The phrases that people use, such as “a run on the bank” or “insolvent,” are the same ones you would use to function but the overheated financial system.

Further, crypto is significantly more connected and interwoven into the broader macro economy, so the spillover from the Fed hiking rates, creating a risk-off environment and crashing tech and crypto values, is happening in a way that would not in 2018. We made it to the institutional world, anon.

I’m not suggesting Web3 is operating beautifully or entirely mainstream. Instead, I point to a systemic financial crunch with fundamental global economic origins. Yes, lousy faith players participate in “rug pulls” and fraud, and hackers and criminals break into the equivalent of digital banks. The price fall reveals their grift, and in the long run, their names won’t matter other than examples to bookmark a wiggle in a chart.

However, the machines and robots we are constructing in Web3 are working even if their total value locked (TVL) number melts down. That was not true for Lehman, Enron and other centralised corporate enterprises, whose bankruptcy processes and liquidations took years and years to unwind.

Firms, people and DAOs that survive these financial shifts modify their mental models. Treasuries should not be maintained wholly in a proprietary token. Risk management matters most when everyone is ecstatic. Valuation multiples aren’t fundamentals. Leverage boosts rates of change in both directions. These things are easy to say but hard to do. Good thing we have no option but to adapt because this is where we are.