The United States economy is in a so-called “technical recession.”

According to the U.S. Bureau of Economic Analysis, the country’s annual economic growth for the second quarter was -0.9%, falling short of experts’ estimates of a 0.5% gain. The outcome followed a GDP decrease of 1,6% in the first quarter of the year, which was surprisingly big. 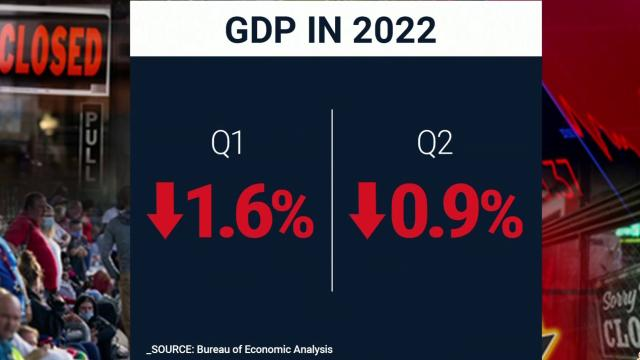 Technically, the U.S. economy is currently in recession, typically defined as two consecutive quarters of economic decline outside the U.S. The National Bureau of Economic Research will analyse the statistics and the economy’s status throughout the next week. Janet Yellen, the U.S. Secretary of the Treasury, will also conduct a conference today.

On Wednesday, the Federal Reserve increased interest rates by another 75 basis points, prompting the release of the dismal GDP figures. After the most recent rise, U.S. interest rates are currently between 2.25 and 2.5%, with the Fed purportedly aiming to raise them to around 3.4% by the end of the year and 3.8% in 2023. The Fed’s principal duty is to reduce inflation to its desired 2% objective, which is much below the current 9.1% inflation rate. However, the central bank’s efforts to reduce inflation from its four-decade peak may negatively impact consumer spending, employment, and economic growth.

The newest U.S. GDP statistics may be seen as optimistic or pessimistic by market players, depending on whether they feel the data has already been priced. Negative growth is hardly a favourable economic environment for risky assets, but it may prompt the Federal Reserve to ease monetary policy sooner than expected. Since markets are often forward-looking, they may begin pricing this catastrophe month in advance despite the current catastrophic economic circumstances.