Home » Metaverse Is A New Frontier For Earning Income

Metaverse Is A New Frontier For Earning Income 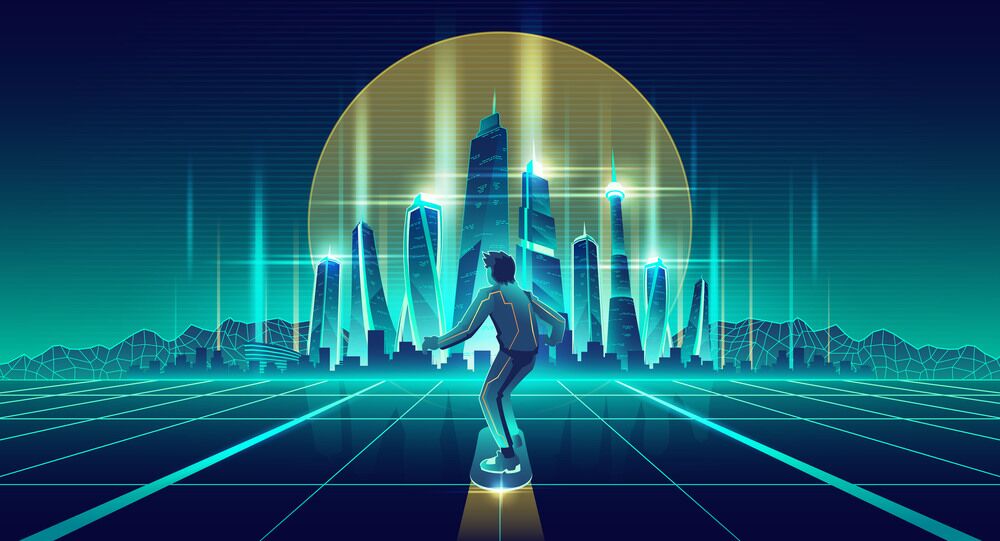 When new technologies and platforms are developed, spectacular discovery phases occur, after which economic activity takes shape. The metaverse is in the discovery phase, with numerous entrepreneurs discovering passive income opportunities.

As metaverse economic activity increases, new active and passive income opportunities are developed regularly. While what works and what doesn’t is debatable, there are pioneers of passive income in the metaverse.

What exactly is the metaverse?

Before delving into passive income potential in the metaverse, it is necessary first to determine what it is. In recent months, the term “metaverse” has been one of the most prominent buzzwords in the Web3 space, with digital economies moving millions of dollars in its direction.

The term “metaverse” originated in Neal Stephenson’s 1992 cyberpunk science fiction novel Snow Crash. In the Web3 realm, the word depicts a digital world in which individuals truly own assets.

The usage of non-fungible tokens distinguishes the metaverse from previous digital worlds, such as those developed in video games, from those in the past. Users may freely exchange these blockchain-based tokens, but they cannot be replicated or copied. What can be accomplished in the metaverse is still being investigated, but actual enterprises have been established within these metaverses.

Interoperability is another fundamental trait of the metaverse. Virtual worlds like the one in the popular video game Roblox could be considered metaverses. Still, unlike the new blockchain-based variants, users do not exercise control or ownership over their assets.

Walmart appears to be preparing to enter the metaverse, while Ralph Lauren and Gucci have indicated that virtual clothing might be a significant development area for them. The sector is predicted to reach $800 billion in size within two years and is already experiencing tremendous expansion.

Given the space’s potential size, passive income generation could be excellent. Those already immersed in the metaverse may find it simple to take advantage of passive income opportunities. It is still unclear how long each change will allow businesses to profit.

One of the most well-known ways to generate passive income in the metaverse is renting out real estate. Metaverse platforms such as Decentraland and The Sandbox permit users to rent land to others for a charge.

As this information is not widely disseminated, there is a shortage of knowledge about the type of income metaverse landlords can anticipate. Despite this, it is recognised as a lucrative market, as businesses seek to hold events on the metaverse.

Pavel Sinelnikov, co-founder and CEO of Ethereum layer-2 scaling solution Metis DAO, said that the objective of metaverses was digital land ownership and the ability to buy, sell, and rent land and other virtual things. Metaverses provide an abstraction of reality, where a living virtual economy in the game is not locked and bound to the digital domain but instead goes beyond it; these are real and valued assets that have worth outside the digital sphere.

According to Sinelnikov, the economics of metaverses such as Decenraland and The Sandbox impact the larger and real-world DeFi decentralised finance ecosystem and create new interoperability possibilities.

Leasing out assets is another option to generate passive revenue in the metaverse, as some users may be unwilling to acquire expensive NFTs outright.

Axie Infinity is a well-known example of NFTs being leased to other users to generate passive money. The game is built on non-fungible tokens called Axies, formerly quite valuable due to the game’s popularity explosion during the bull market.

In the game, Axies were required to compete and win Smooth Love Potion (SLP) tokens as rewards. Players who could not afford Axies would receive them in exchange for a portion of the SLP tokens they earned from so-called team managers. In essence, the managers earned passive income from their Axies since other players, known as scholars, used them to obtain prizes. Some Venezuelan scholars made a fortune leasing Axies since the practice was so widespread.

Depending on the platform, other metaverse assets may be leased. Lending, renting, and asset fractionalisation are interactions that have already evolved in the metaverse. The best part is that no single provider can restrict usage or dominate the market because the assets belong to you and not a single provider.

Some NFT artists have earned substantial royalties from the secondary market as collectors swap their works. In the metaverse, the same form of interaction is conceivable.

Co-founder and chief executive officer of blockchain game launchpad Enjinstarter, Prakash Somosundram, revealed that any wearable designer could earn royalties when their assets are sold on the secondary market.

According to John Burris, chief of strategy for the metaverse app IMVU, the metaverse is packed with chances to earn, noting that while some metaverse worlds are play-to-earn and others host gig-like economies, the vast majority of them provide item creation and sales:

“With blockchain and NFTs, we’ve unlocked a real ownership and royalty paradigm. Royalties may and will continue to flow back to the original author, delivering well-deserved passive income as these products change hands.

The metaverse, according to Burris, is a terrific way for people to make money regardless of who they are or where they come from in the real world. He stated that the power to create, own, and sell goods provides people with options they would not otherwise have.

Gaming is one of the greatest use cases of the metaverse, with most metaverse worlds either focusing entirely on gaming or having a large fraction of its users concentrate on it. Some involve gambling, while others make cash through alternative means.

The ICE Poker virtual casino by Decentral Games is one of the most popular metaverse gambling operations. Because it is metaverse-based, many of the costs associated with regular casinos are nonexistent.

Other games, however, have nothing to do with gambling. Some earn revenue through selling assets, secondary market royalties, or charitable contributions. Roderik van der Graff, the founder of global investment firm Lemniscap, disclosed to Cointelegraph that one of the firm’s portfolio firms had developed a tower defence game to earn money via the metaverse.

According to van der Graff, Spark Defense allows users to monetise their territory and accomplish objectives to gather, earn, and own NFTs that may be used throughout the game.

We can generate passive money in the metaverse as a final option through adverts. Large billboards in high-traffic areas might attract advertisers seeking to promote their products or services to the audience, whether or not they are located in the metaverse.

After a campaign concludes, an advertiser may lose interest, and the billboard owner may have to hunt for a new tenant.

Most of the possibilities above will likely require the entrepreneur’s participation. However, truly passive income is not conceivable because even the most passive investments require periodic monitoring.

Is it worth pursuing passive income in the metaverse?

Given the downsides, some may conclude that it is not worthwhile to pursue a source of income that is not completely passive. According to Burris, disadvantages include speculation and coping with the cryptocurrency market’s volatility, as most transactions are made in either NFTs or crypto tokens.

According to Somosundram, the viability of an income stream depends on the success of the individual metaverse and game where you create passive money, which may necessitate frequent transitions to new endeavours.

It is also important to note that entrepreneurs may bet on a metaverse environment that is subsequently abandoned, rendering their investment useless. Every passive income possibility in the metaverse relies on high traffic.

Positively, Somosundram stated that passive income from the metaverse is a wonderful way to diversify alongside traditional financial instruments and that, as the metaverse business evolves, there may be a fast-rising number of options.

As exact numbers are not publicly disseminated, it is up to businesses to decide if they want to bet on the metaverse and begin constructing their income streams on it or if they would rather concentrate their efforts elsewhere. Those who risk succeeding in the metaverse may need to innovate to stand out.

Success in the digital realm

While renting real estate or a digital billboard will not necessitate considerable innovation, some of the most successful earners are using other strategies. Somosundram told Cointelegraph about a Singapore-based entrepreneur who founded a GameFi guild that amassed a pool of assets for rent.

Another example he provided is tattoo artists who use a service to mint wearable tattoo art that generates passive income from secondary market royalties.

After FTX, Defi can enter the mainstream if it addresses its deficiencies.

Burris stated that “more than 200,000 active designers produce more than 350,000 new goods for sale each month on the platform he represents.

Whether entrepreneurs wish to pursue passive income concepts for the metaverse, it is important to note that there are no guarantees that the time or money invested will create a return, as the space is in a perpetual state of evolution.

In the metaverse, economic activity is still in its infancy, as many are still figuring things out. As the metaverse evolves, new possibilities will probably present as they do in the broader cryptocurrency industry. 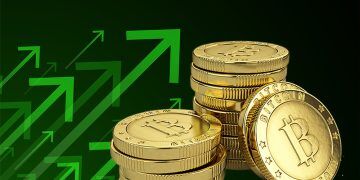 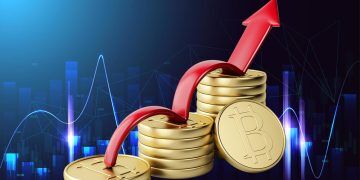 Bitcoin (BTC) recently had a temporary increase that sent its price beyond $19,000, a gain of over 7% and hit a new all-time high since it began gapping... 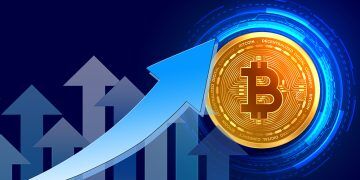 Falling prices for physical assets may contribute to rising digital asset values. Both bitcoin (BTC) and ether (ETH) saw above-average trading and opened the week with gains of...

Celebrity Crypto Endorsements: Got Burned or Got Away With It? 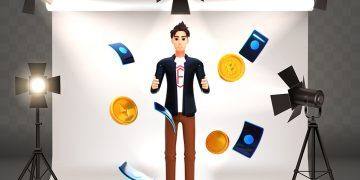 Celebrities had a challenging year in 2022 promoting crypto projects and firms. Many were caught in lawsuits for allegedly promoting failing projects, others were viciously criticised on social... 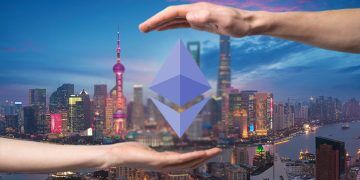 The cryptocurrency industry is rarely inactive. Governance tokens of liquid staking platforms, which let users preserve the liquidity of their tokens even while they are locked in a...