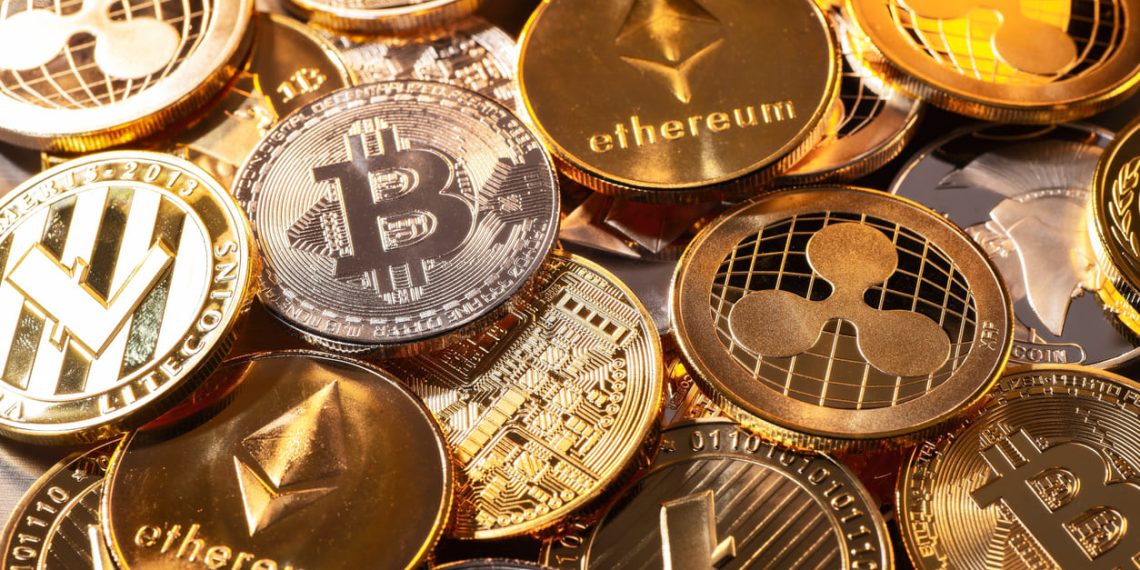 Bitcoin has sparked an upward rise over the past few days, jolting the majority of cryptos. The world’s most popular cryptocurrency has reached a new high since March 3rd and was trading at $46,499 at the time of writing, a rise of 3.9% over the past week. This bullish trend has developed on crypto charts after the repercussions of the Russia-Ukraine armed conflict.

Bitcoin has reached a three-week high at the moment. BTC was trading at roughly $43,000 on March 1st, with resistance pegged around $45,000, and eventually stood at its support (around the $39,000 range) on March 6th, which is justifiable by the conflict between Russia and Ukraine. Since then, the coin with the largest market capitalisation has witnessed an upward rally, as seen below: 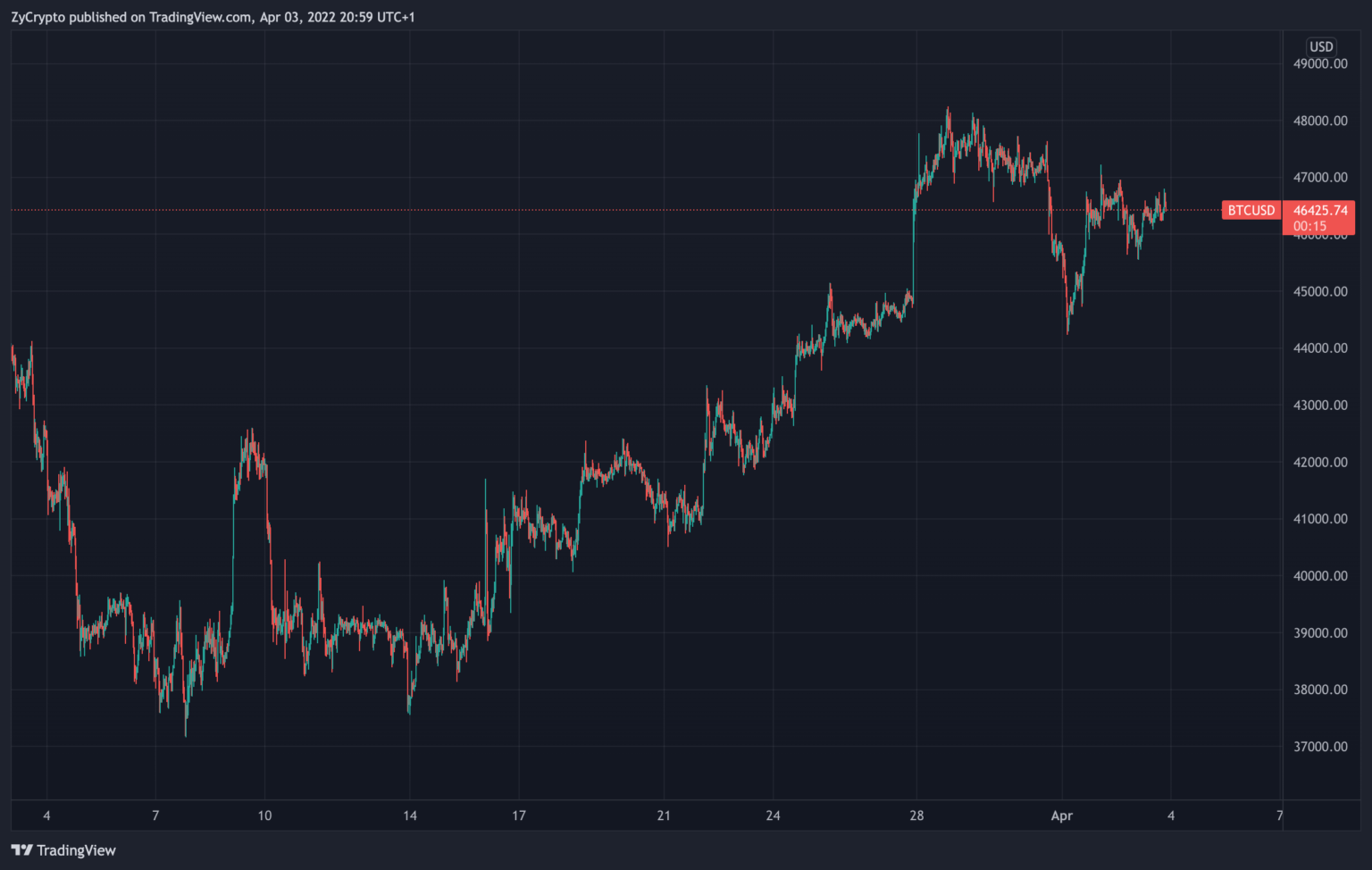 Bitcoin’s recent rising momentum might be ascribed to several events in the digital currency markets, including last week’s Wall Street shakeup. It was revealed that Goldman Sachs, a bank headquartered in the United States, made a ground-breaking over-the-counter (OTC) transaction in Bitcoin by purchasing a non-deliverable option (NDO) from Galaxy Digital. The latter is a cryptocurrency investment business that serves as the bank’s liquidity partner for its Bitcoin futures trading desk. Crypto experts ascribed a portion of bitcoin’s resurgence to the announcement that echoed across most cryptocurrencies.

The effect of Bitcoin’s kickoff has been shown across a number of currencies, including Ethereum (ETH), Cardano (ADA), Solana (SOL), and other coins that have painted crypto charts green.

Ether’s stellar rise has even outperformed bitcoin’s. ETH peaked at just over $3,500 and has since stabilised at around $3,490, as indicated in the chart below.

This surge in popularity is a consequence of the excitement around Ethereum’s network migration from Proof-of-Work to Proof-of-Stake. This merger has been tested and validated on the ‘Kiln’ testnet, and served as a game-changer for the Ethereum ecosystem.

These advances on the Ethereum network have increased investor confidence in the coin’s future, and they are now eager to key in to supply the impending demand of Ethereum.

ADA’s charts have followed a similar pattern, climbing to trade at $1.18 at the time of writing, marking a 5.9% rise in just a single week. The 7-day and 21-day moving averages met at around $1.2, indicating that the price will continue to experience an uptrend in the next few days.

Cardano is extending its lead with upcoming network enhancements. In addition, Cardano’s developers, IOG, previously known as IOHK, recently revealed a plan to raise the memory of the network’s Plutus scripts. These and other factors contributed to an increase in investor confidence.

As Bitcoin continues its upward trend, other cryptocurrencies are following the same pattern. The majority of moving averages indicate ongoing upward momentum, but only time will tell how long the current situation will last.