According to CoinMarketCap, as of June 6, the overall crypto market cap was $1.29 trillion, up 5.7% from the previous day’s value of $1.22 trillion.

The market cap had decreased by around $1.6 trillion since November 2021, when it reached its all-time high. It has dropped by more than 55% throughout the time.

Bitcoin has surpassed the $30,000 threshold and is at $31,300, a 6% increase over the last 24 hours. The top cryptocurrency has ascended by more than 2% in the previous week. Many crypto professionals thought that Bitcoin needed to reach the $30,300 level before beginning an upward trend.

The senior commodity strategist, Mike McGlone, predicted that Bitcoin would be in a great position to soar to $31,800 if it exceeded the threshold. Bitcoin would likely trade at $100,000 by 2025. 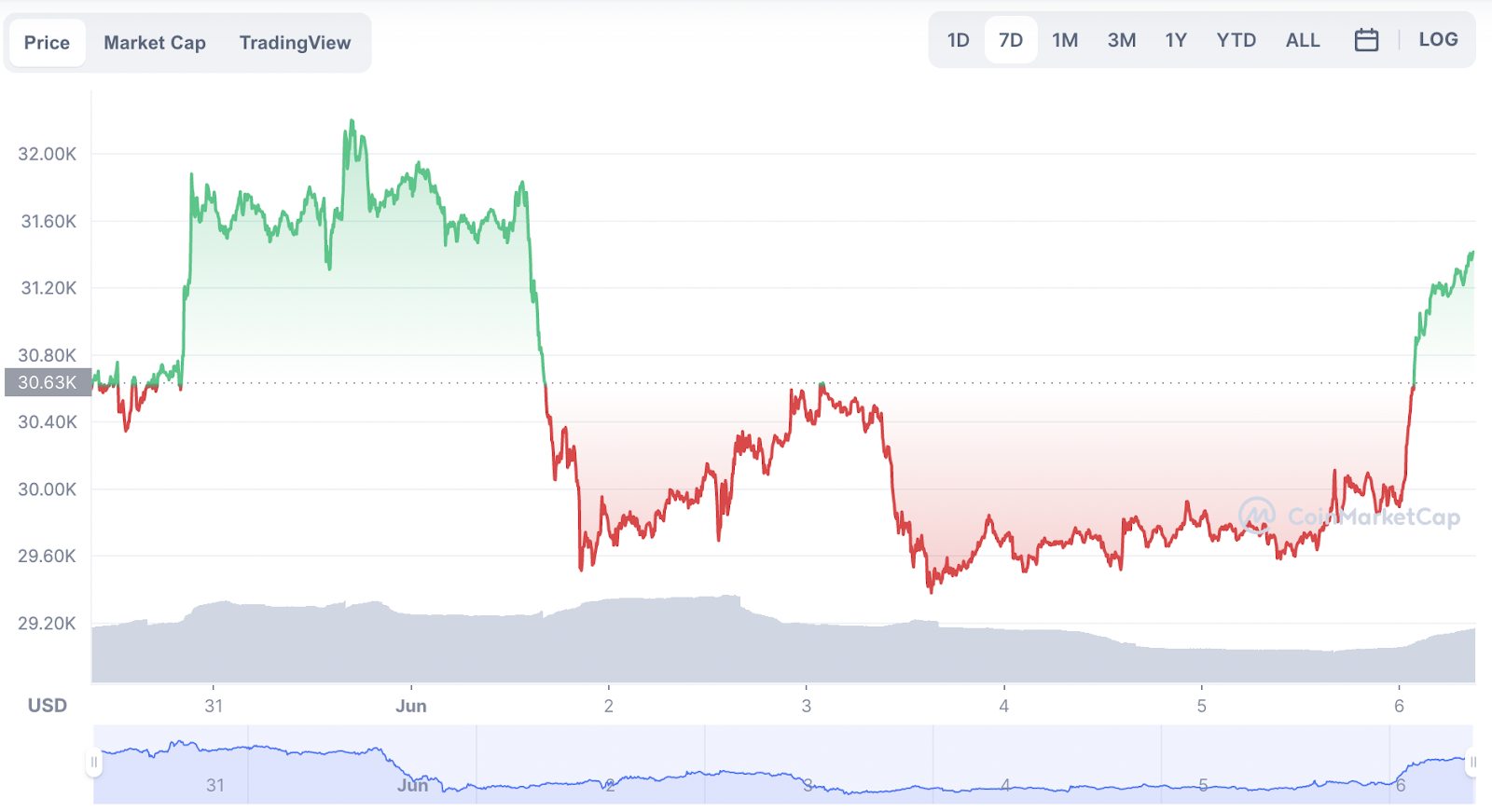 Is the Worst Over?

At one time, bitcoin had lost nearly $20,000 in value over two months, asking if the digital asset had reached its local bottom. Many crypto analysts paid attention to the capitulation phase, during which investors dumped substantial parts of their BTC holdings.

When investors have sold assets at a loss, the markets tend to bottom out. In bear markets, long-term holders’ capitulation usually marks a multi-year bottom. However, this sell-off might take weeks or even months to complete and is not a one-time event.