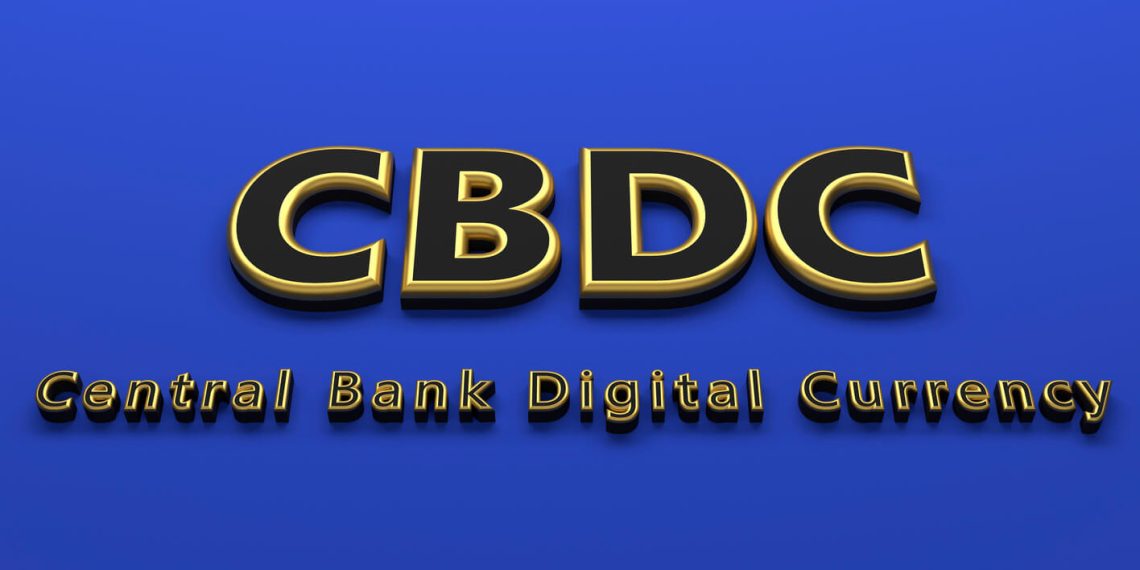 The rise of cryptocurrencies like Bitcoin and Ethereum was one of the most disruptive inventions in the financial sector. Satoshi Nakamoto, the Bitcoin developer, introduced the token to act as an alternative to fiat currencies. He was looking to create a decentralised financial system away from central financial systems controlled by central banks, the government, and other financial agencies.

So far, cryptocurrencies have been successful. Coins like Bitcoin have increasingly become the preferred medium of exchange, store of value, and investment asset.

The rise of digital currencies, however, comes at the expense of fiat currencies. This means the traditional financial agencies are losing their stake in the economy. The central bank’s role in controlling money supply becomes diminished, while the government loses taxes. The commercial banks also miss out on funds, given most of the crypto transactions are through peer-to-peer platforms and decentralised exchanges.

Cryptos have somehow become a threat to traditional finances. It is only plausible that governments find a way to stay ahead of the crypto threat. In this case, it is the central bank digital currencies (CBDCs).

CBDCs are tokenised fiat currencies. It allows every other fiat currency to gain crypto features like blockchain operations and ledger records.

What is the current state of CBDCs?

Most governments are optimistic about the prospects of CBDCs as it is the best way towards mitigating the impacts of digital currencies.  China is one of the leading world economies that have embraced CBDCs. The People’s Bank of China started experimenting with CBDCs as early as 2019. It released over $5.3 billion as part of the preliminary trials and is now pushing for the use of the digital Yuan by the broader population.

Other Asian countries like Cambodia, Malaysia, and Japan are looking to follow in China’s footsteps as they experiment with the idea of a CBDC of their own. The Bank of Korea has already hired Ground X to help in its CBDC pilot.

European countries like Australia, Canada, and the United Kingdom are also focused on researching the viability of CBDCs. A report by the Bank of Canada showed CBDCs are great for the country as they would provide for non-bank deposit options for the citizens and help fight anti-competitive and monopolistic behaviours.

In Africa, Nigeria is the first country to have launched a CBDC. It launched the digital Naira to provide a controlled option for the crypto-active Nigerian community.

The possibility of CBDCs for regular use is becoming more feasible and realistic, and several countries are becoming interested. The International Monetary Fund (IMF) report shows that over 110 countries are looking into CBDCs.

Why a CBDC makes sense

A CBDC offered by the central bank or any other government agency has the potential to revolutionise the economy. It will impact and benefit millions of the populations within the countries and, by extension, the trade partners.

The first way the CBDCs will impact the economy is the ease of accounting and reporting. CBDCs will operate on the blockchain with a public ledger like the cryptocurrencies. The ledger records all the transactions, allowing the government access to critical consumer data to plan and adjust the fund’s supply to balance the economy. The government can also use the data in case of an economic crisis.

The other benefit of a CBDC is the ease of update by the masses. Some people are yet to take up cryptocurrencies due to the lack of education on operating and use cases. However, fiat currencies are common for almost all citizens in a country. They are already trusted and are widely used. Therefore, most people will not hesitate to take them up in the form of CBDCs.

The regulatory clarity that comes with the CBDCs is an added advantage. The crypto community has struggled with the lack of crypto regulatory clarity as most countries are still creating regulatory framework. The ever-changing crypto world with new tokens and projects coming up every other day makes it challenging to govern.

The CBDCs, however, are likely to use the existing fiat currencies legal framework. They are also expected to come with the stability of the fiat currencies. Even though cryptos have become mainstream, volatility remains a concern such that some businesses find it hard to use them for payments. The reduced volatility and the government backing will appeal to more individuals and merchants to adopt the CBDCs.

The corporate world is also likely to gain from the launch of the CBDCs. For example, a blockchain analytics company can easily pick transactions and analyse the associated financial statements within a given sector. It can then share the information with the industry players for proper business strategy.

Adopting CBDCs works for the whole blockchain network. It would mean the network’s legitimisation, which expands the other blockchain-based applications like the NFTs, decentralised finances, and DAO.

Some financial experts have also raised concerns if CBDC would need much initial and incremental investment. However, that has proven to be an incomplete view of the product. Already, digital currencies and virtual currencies are the order of the day, with e-commerce growing by significant margins in recent years. The widely used infrastructure that supports digital currency transactions can do the same for CBDCs. Financial companies like PayPal and Visa are looking to develop or support stablecoins. It means they can support fiat currencies on blockchains.

Still, that is not to say CBDCs are foolproof and short of challenges.

The bad side of the CBDCs

One of the major concerns that most crypto die-hards raise is that CBDCs are not in line with crypto’s idea. Digital currencies were all about decentralisation. They were created to do away with a few people or government agencies having all the power over the economy. The centralised operations system remains in place because CBDCs are fiat currencies running on blockchains.

The other concern is the risk of inflation. The world is facing acute inflation following the economic crisis due to COVID-19. One of the reasons for the high inflation includes some government measures like printing more money. With complete government control, the government can produce as many CBDCs as it wishes irrespective of the impacts like inflation.

So far, Bitcoin has almost dislodged gold as the hedge against inflation. This is primarily down to Bitcoin’s limited supply. BTC works such that the supply remains the same irrespective of demand. Without similar provisions for CBDCs, there is the risk of consumer exploitation by the financial regulatory.

Already, the Nigerian launch of CBDC has shown how governments can use it to control the economy without consumer interest. At the time of the launch of the digital Naira, the government was all about suppressing information. It only allowed a few media stations to the launch and no questions were allowed. At the same time, no clear information on development and supply was given. This was coming at a time when the government had already banned Bitcoin.

The same way the government can currently monitor bank accounts and freeze them at will, the same can happen with the CBDCs.

What does CBDCs mean for cryptocurrencies?

Bitcoin and other digital currencies have become mainstream financial instruments. Other than individuals and merchants using them for transactions, countries like El Salvador have declared Bitcoin a legal tender. However, they still come with different concerns, such as costly transactions, slow transaction speeds, and environmental concerns.

CBDCs are looking to be the answer to the existing digital currencies concerns. Moreover, the governments are likely to introduce recovery mechanisms for those who send money to the wrong address and ID-check to recover lost wallet keys.

The clear regulatory framework and government backing of the CBDCs means it is likely to attract massive users quickly. It means the decentralised cryptocurrencies might be in direct competition with the CBDCs once launched. Since cryptos rely on massive adoption for increased value, most cryptos might struggle.

The launch of the CBDC can also impact crypto regulations. So far, most governments have been backing crypto and allowing free crypto trading. However, this is likely to change once they adopt CBDCs. For example, the consensus is that the main reason for the China crypto crackdown was to pave the path for the Digital Yuan.

To avoid direct competition from decentralised cryptocurrencies, most governments are likely to ban the cryptos or put regulations that limit their usage. This will reduce the growth of cryptos and the development of new projects.

Whether CBDCs are bad or good for cryptos remains in the balance. On the one hand, embracing CBDCs by governments approves blockchain technology. It would give needed confidence to develop the various blockchain platforms like NFTs and decentralised finances, which already rely on cryptocurrencies for operations. The growth would mean the expansion of the primary tokens of the given platforms.

On the other hand, the CBDCs launch will mean direct competition between the centralised and decentralised currencies. The government looking to win can ban or limit digital currencies.

Therefore, only time will tell whether CBDCs are good or bad for cryptocurrencies.