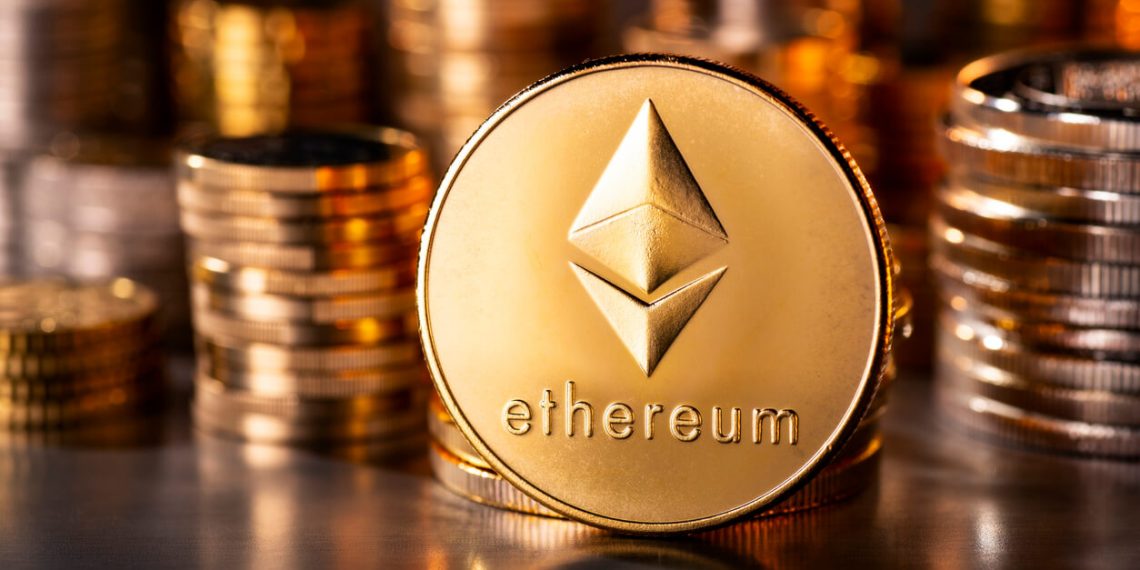 Ethereum is a software platform that is blockchain-based. It is used to support the planet’s second-largest cryptocurrency (by market capitalisation), known as ether. As Ethereum is a community-based technology, it can be used to send and receive funds around the world securely, without the involvement of third parties. Ethereum is defined by ETH in the context of cryptocurrencies.

Many people use Ethereum for value exchange, often via blockchain. The developers of Ethereum have suggested that it will become a ‘global computer’ to enable users to have better control of their financial trading and online data via blockchain. Data in Ethereum is decentralised so that it is distributed widely and cannot be accessed or manipulated by an application or the service’s creators alone. This theory has been criticised and hailed as unlikely, but if Ethereum does continue to gain popularity, it will create apps that are less centralised, so that users’ data cannot be used as a tradeable commodity, (unlike data held by Google and Facebook).

Ethereum uses blockchain to spread data around the world, instead of storing it in one place. The data becomes so fragmented that it cannot be stolen or tampered with. Ethereum was introduced to the world by 19-year-old developer Vitalik Buterin, who was inspired by the technology behind the cryptocurrency Bitcoin. Ethereum has been an official functioning network since 2015. Unlike data being stored in one centralised location, it is stored across multiple servers and geographical locations. The creators of Ethereum applications have however been accused of censoring and accidentally leaking sensitive data.

When we undertake digital tasks, our actions often involve intermediaries. These are third parties (organisations) offering middleman services between two other parties. An example of this is Gmail when we send an email, or Venmo when we want to send money to a friend. Our personal data is stored in other places thanks to intermediaries, and this data is often stored on other networks, on other people’s computers or on servers controlled by third parties or large organisations like Google and Facebook. Even this article is stored on a server that is controlled by some kind of third-party organisation. This means our data is centralised, and only a few people can access it. Users have less control over their data, can be censored, or an intermediary can decide to intervene and prevent a user from undertaking an action like posting on social media, should they wish to.

The idea behind the Ethereum network is that this data becomes decentralised, giving users more control over their data by replacing intermediaries with smart contracts that automatically execute certain rules. It has been argued that the internet was designed to have decentralised data within it, therefore many initiatives, technologies, companies and services have popped up with this in mind.

Ethereum’s applications intend to give users more control over how their data is used and accessed online. Learning how to use Ethereum is a case of purchasing, storing and using what is known as its native token, called ether. If Ethereum is successful in creating a movement to decentralise data, other tech giants such as Google and Facebook may be forced to provide alternative ways of storing data. User control does, however, come at a cost, and every single action undertaken using an Ethereum app costs the user a small amount of ether. Using ether fees, users can access a variety of applications, known as decentralised apps (dapps) on the Ethereum platform. The apps are not free because Ethereum’s computer resources are limited, therefore the more people using a platform, the higher the amounts of ether they need to pay. Because there are many services that use Ethereum, so are the fees to use the platform in the first place.

From this perspective, Ethereum is clearly still looking to be scaled up, and a second version (Ethereum 2.0), is currently being implemented to tackle issues in scalability and security, which in turn should lower user fees. Ethereum’s apps are also not quite as intuitive as other apps that we commonly use, but they can be accessed by any user, as long as they can pay in ether.

An Ethereum wallet is a place to store ether (the currency associated with the Ethereum network). Many Ethereum wallets are accessed via a laptop, tablet or smartphone, and store digital funds like ether and Bitcoin. To access ether, a user requires private keys, which are long lists of letters and numbers. Only private key owners can use those keys to spend funds associated with them. There are several different types of Ethereum wallets that are especially for private key usage, including desktop wallets, paper wallets, hardware wallets and mobile wallets.

Generally speaking, the more convenient the wallet is to use, the less complex the security involved in its operation. It is important to keep in mind that if you ever lose your private keys, you lose your ether, and this cannot be recovered. Losing your private keys is much more of a problem than simply forgetting a password. This is where you’d usually turn to an intermediary for recovery help, but as this option isn’t available, you have to be completely certain that you know where your private keys are to use ether, as they are unrecoverable and there is no help source if you lose them.

How do I purchase ether?

You can purchase ether through an ATM that is ether compatible, through a centralised exchange, or via a cryptocurrency marketplace. Buying through a peer-to-peer online exchange is usually the most popular option. You will typically need to sign up to a marketplace platform in order to use it, and user identity needs to be verified before you can start purchasing or trading cryptocurrencies. Many people use currencies like Bitcoin for personal transactions around the world, and are likely to trade Bitcoin in for their local currency. Others purchase Bitcoin and then trade it for ether. If you’re wondering what is the value of ethereum, then at the time of writing, 1 Bitcoin equals 15.16 ether. As of writing, the market cap of ethereum is at a current level of 270.80B. Values can fluctuate depending on marketplace conditions and world events, as well as the country you reside in, with some countries offering better rates than others.

How can I use ether?

When you have ether, you can use it to operate decentralised applications known as ‘dapps’ that do not use intermediaries. These dapps use Ethereum smart contracts that enforce rules of usage and data storage. Decentralised application examples include the game CryptoKitties, PeepEth (similar to Twitter), and DeFi, which is short for ‘decentralised finance’. Some apps have their own currency (token), which users need to trade ether for before using them. Apps that use their own types of token include Decentraland – a game in which you can purchase virtual land plots.

Ethereum is an information-sharing platform that cannot be altered or manipulated by third parties. It is a public blockchain network that focuses on running decentralised applications (dapps). Ether is its associated digital currency.

How does Ethereum differ from Bitcoin?

Ethereum is different to Bitcoin because of the way in which it stores and utilises users’ data. Bitcoin created a large ledger-like system that is public and does not require permission, meaning that transaction data could be held and replicated across the world on different computers. Ethereum takes this concept and expands on it by enabling scripts of code to be run as a global computer network, so endless numbers of applications can run on the system on a decentralised basis.

Why does Ethereum have value?

Ethereum has value because of the associated applications that are linked to it, which include financial and even governmental applications. Verification for these apps is almost instant with Ethereum, and it can therefore revolutionise the way the world does business on a daily basis.

This is a blockchain asset that is very similar to Bitcoin or ether. ERC20 can be sent or received like other cryptocurrencies, but it is hosted and created on the Ethereum blockchain, and can be sent using Ethereum transactions. Gas is used to pay for transaction fees.

Gas is a small unit that measures the amount of work miners do to process transactions on Ethereum’s network. To confirm or validate a transaction on the Ethereum network, gas is required.

Should I backup my ether wallet?

Yes – you should always back up your private key and 12-word mnemonic phase so that you can access your funds. Many cryptocurrency wallets feature a security section that provides back phrases as failsafes.

What is Ether Currency?

What is the Gas Limit?