How to become a Bitcoin Miner 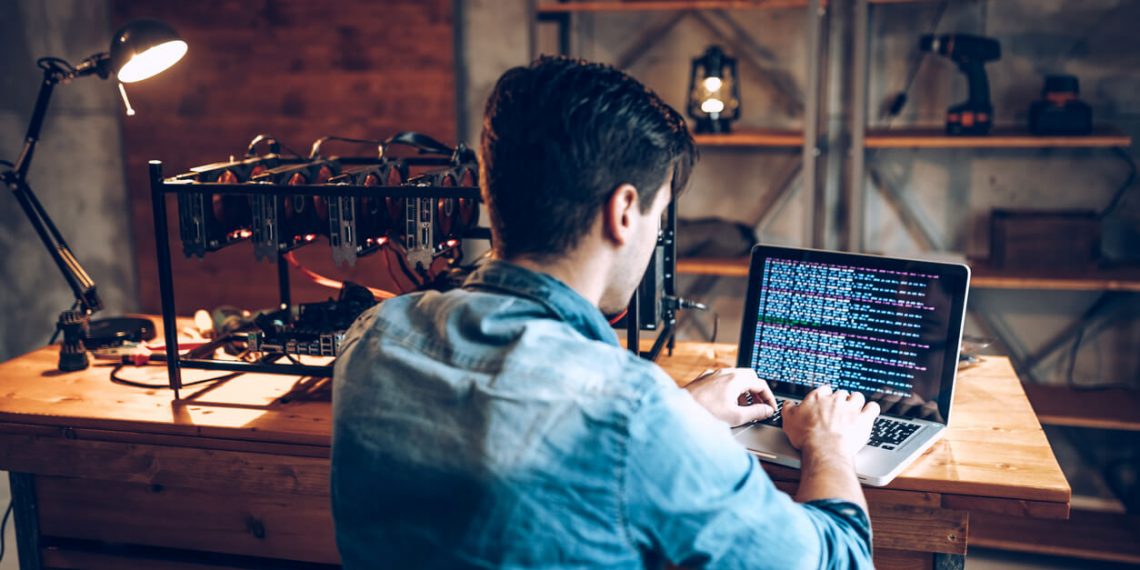 Not all digital currencies are mined, and the mining of each cryptocurrency can differ from one to another. The job of Bitcoin miners is to verify the legitimacy of transactions in the Bitcoin blockchain. This helps to reduce the risk of coins being illicitly used and double-spent.

The mining process requires the use of powerful computer systems to solve numerous mathematical puzzles and the miner who can solve it the quickest and the most puzzles gets the reward. The blockchain’s ability to run smoothly and authenticate transactions relies on the production of a block every 10 minutes. To ensure block production stays at a stable pace, the difficulty of the problems are adjusted based on the level of computing power used to mine.

The legality of owning and mining Bitcoin depends on your location, in some countries it is banned as it is viewed as a threat to government financial controls and fiat currencies.

How much does the Bitcoin miner get rewarded?

Every 4 years, Bitcoin mining rewards get halved. Back in 2009, every block mined would earn the miner 50 Bitcoins. As of 2020, miners could earn 6.25 Bitcoins per block. The changing price of Bitcoin determines the value of Bitcoins.

How to get started

There are 3 elements to the mining process:

This is where your coins/tokens will be stored once you have mined them. You can securely send and receive coins in your digital wallet, it is like an online bank account that is encrypted. There are two kinds of software wallets, full ones or lightweight ones. A full one downloads the entire Blockchain whereas the lightweight one downloads only the necessary transactions. Full wallets need lots of computer memory and space but are safer, compared to the latter which is managed by a third party and which only you only have partial control of.

Mining software is free to use and is available across multiple operating systems. When mining cryptocurrencies like Bitcoin, there are multiple software that can be used, however, they will have slight differences that may affect your mining process.

This is the most complex and expensive part to set up. You will require a powerful computer,  it will work even better if it is specially designed for mining. Before you invest in a mining rig, take into consideration the performance (hash rate), power consumption and price. Machines with a faster hash rate will make more attempts to solve a block every second.

An alternative to setting up your own Bitcoin mining operation yourself is to join a mining pool. A mining pool refers to a group of miners that work collaboratively with their collective computing power to mine for coins. The rewarded profits are then distributed proportionally to each individual miner according to the power contributed from their own device. There are advantages and disadvantages to this process as Bitcoin miners can cut their costs but they have to share the final profit amongst the mining pool members.

The process of mining Bitcoin and other digital currencies is constantly evolving with new mining techniques still to be discovered. While the rewards can be very attractive, the risks should be considered. It is best to understand and research as much as you can about Bitcoin mining before investing in it.

What is the Gas Limit?

What is a Decentralised Application (dApp)