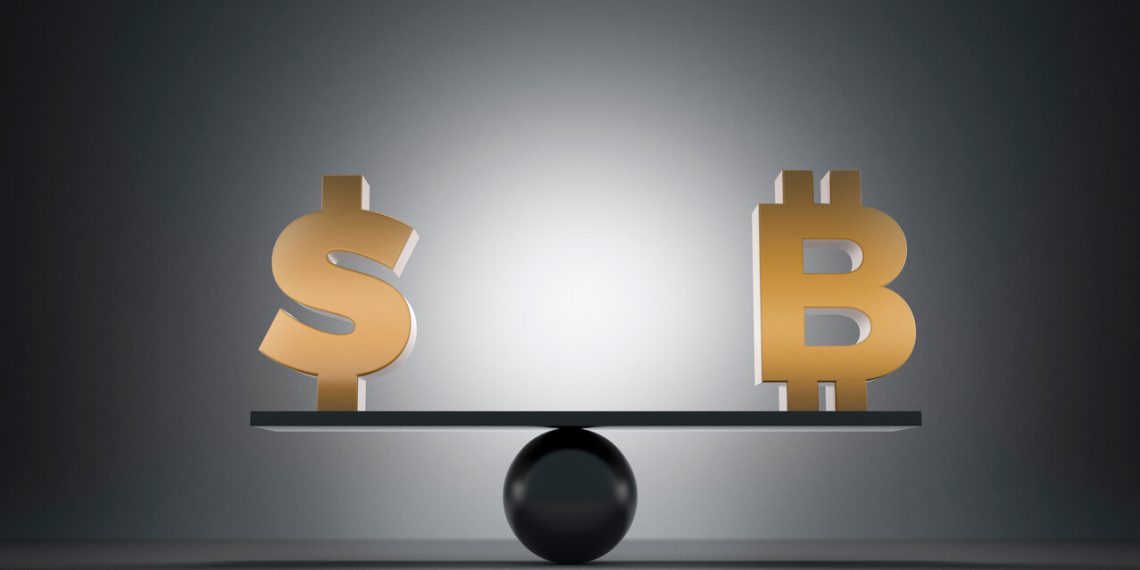 Whether or not Bitcoin can scale to meet growing demand is unclear. And while that question remains unanswered, financial services such as Visa and Mastercard will continue to dominate the market.

One of the main expansion issues that Bitcoin faces comes down to the size limits. In order to prevent network spam, Bitcoin founder Satoshi Nakamoto designed the blocks to have a size limit of around 1 MB each. However, in doing so he opened a Pandora’s Box of Bitcoin liquidity.

As each block needs approximately 10 minutes to process, only a small amount of transactions can occur at the same time. And for a system that was invented to replace fiat payments, this has proven to be a major flaw. To put things into perspective, Visa can manage around 1,700 transactions every second. Bitcoin, on the other hand, can process 7. In light of a growing demand for cryptocurrency, there is a fear that this will bring about increased fees. The outcome? Bitcoin’s utility would be reduced even more.

The debate around scalability has led to many technological innovations. Primarily, programmers have been searching for ways to work around the size limit issue. However, while much progress can be witnessed, a long-term solution is yet to be found.

One idea has been to increase the block size. But this proved to be more difficult than expected. To start, a consensus on how much of an increase would be optimal was never reached. Some argued for 2 MB, others for 8 MB and there were even proposals for 32 MB.

Developers contended that adding to the block size in any way would threaten decentralisation, by granting more power to miners with larger blocks. Similarly, the race for high-performing machines could in time lead to Bitcoin mining becoming unprofitable. The number of nodes capable of running a significantly heavier blockchain could also decrease – resulting in a network that was built upon decentralisation becoming more centralised.

The second issue that arose was that not everyone involved agreed on the proposed method change. For instance, how can you carry out a complete upgrade when participation is decentralised? Is everyone required to update their Bitcoin software? If some miners or nodes don’t follow suit, for instance, what happens then?

The last concern to be addressed revolved around something quite simple. Why change Bitcoin at all? If people want an alternative, they are able to take the open-source code, modify it and release their own variation.

In 2015, developer Pieter Wiulle proposed increasing the capacity of Bitcoin blocks without altering their size limit. This would be achieved by changing how the data for transactions was held. His system was called Segregated Witness, or SegWit for short. In time, and with changes to the process, this created increased scope for Bitcoin scalability through initiatives such as the Lightning Network. However, it was by no means a complete fix.

Another solution, or an alternative to Bitcoin and its scalability issues, is Litecoin. Litecoin is a decentralised currency similar to Bitcoin that was established by Charlie Lee in 2011. It was seen as being a response to the original cryptocurrency, offering the best features of the original while changing what did not work well.

A key difference between Bitcoin and Litecoin comes down to the total amount of coins that each currency can make. Bitcoin is capped at 21 million coins, and the network can never go over this number. Alternatively, Litecoin can carry up to 84 million coins.

Market capitalisation is another factor to consider. From March 2021, the total value of all Bitcoins in circulation is around $1 trillion. This equates to a market cap of more than 70 times that of Litecoin ($13.7 billion).

Finally, there is the comparison between transaction speeds. While technically, transactions take place instantly across both networks, users must wait for confirmation by other participants on the network. One of the main goals of Litecoin, however, is to champion fast transaction speeds. This remains a key feature of the currency and accounts for much of its popularity.

Should I buy Bitcoin or Litecoin?

When it comes to scalability, Bitcoin does have some limitations that are worth taking into account. Litecoin, often seen as a reflex to these constraints, offers a viable alternative for many users. But Litecoin is not necessarily the golden ticket that many people hope it to be. Many of the above perks remain inconsequential, and when you look beyond the numbers, they’re not something that will realistically impact you.

So at the end of the day, the call is up to you.

How Does Blockchain Work?

What is the Lightning Network

How Many Cryptocurrencies Are There in 2021?