Home » Memecoins meteoric rise: will they last or end up just a ‘Meme’-ory?

Memecoins meteoric rise: will they last or end up just a ‘Meme’-ory?

by Matanya Epstein
in Currencies 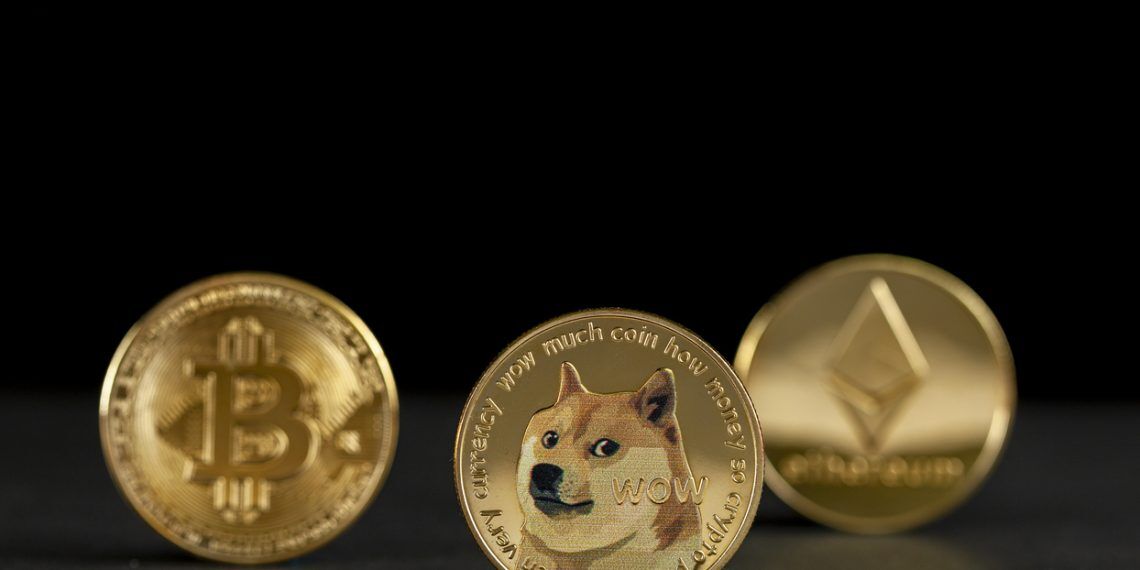 BUSD Down $2B In A Single Month Amid Token Mismanagement

Cryptocurrency memecoins such as Dogecoin and Shiba Inu have seen their valuations explode in 2021. The question asked repeatedly is what makes a joke into a legitimate form of exchange? The best answer is probably pop culture.

What’s a memecoin and what’s so funny about it?

In 2013, a cryptocurrency named Dogecoin was launched, represented by a joking meme. You know, those pictures that circulate the web amusing us—the image of a cute and cuddly dog breed, the Shiba Inu.

It was simultaneously a slight mockery of the assumed speculative nature of Bitcoin and cryptocurrencies while also a legitimate attempt to light-heartedly raise awareness and adoption of crypto to the masses.

Subtitles for those who missed the joke:

The advent of Blockchains came solemnly. Bitcoin launched on the heels of the 2008 financial crash and bailouts of companies and banks by governments. It seemed necessary for society to regain control over how and who creates money.

A Pseudonymous entity known as Satoshi Nakamoto wrote a detailed proposition (called a ‘white paper’) to change the way society distributes and exchanges value fundamentally. It limited the max supply of Bitcoin to 21 million coins employing unchangeable code. The security and validity of BTC would be decentralised, combatting government value manipulation.

In 2013 however, with BTC’s market capitalisation skyrocketing from $1.1 billion in June to $13.62 Billion by November, it may have seemed too good to be true. After all, it wouldn’t be the first time someone tried to sell sand in the desert.

Some people still claim that all cryptocurrencies will essentially be worthless, just like any other pyramid scam. So the punchline of Dogecoin was an uncapped coin supply and a fun furry mascot.

What value do memecoins bring to the crypto sphere?

Life is the most significant comedian, and people like to laugh.

Even if the fundamentals (Tokenomics) of memecoins are subpar compared to the idealistic Bitcoin, people also still use their respective national currencies. Whether because they have no other option or are unaware of a better system. To the masses, sometimes it just doesn’t matter.

What matters is life with a smile, and if that smile comes from looking at a digital joke that seems to keep growing, then there surely are some pearly whites showing.

The subcategory of memecoins in crypto now holds a market cap of approximately $62 billion. That’s a whole lot of people laughing with a whole lot of digital ‘joke’ money in their wallets.

Dogecoin has risen 263,028% since its initiation, and it’s main memecoin descendent and competitor, the coin named Shiba Inu, 78,999,361%, respectively. Heck, the word respectively isn’t even respectful to gains like that.

2.  The future transparency of distribution, even if massively inflationary, may still be optimal compared to Central Bank Distributed Coins (CBDCs).

Dogecoin’s current supply is roughly 132 billion coins.Dogecoin’s coding is such that it mints 10,000 new coins every block that is validated (every minute) to a sum of approximately 5 billion new coins per year. There is no cap to future supply.

Does that make its inflation infinity? No.

To make the math easily understandable: at the time of 100 billion coins in circulation, those new 5 billion coins yearly were a 5% rise. From 132 billion coins currently, in 13 years from now, there will be 200 billion coins, making the inflation level fall accordingly year after year to 2.5%. Twenty years later, only 1.25%.

Another attempt to combat memecoin inflation:

When the community raised the issue of how they were to be stored and what can combat inflation. Half was locked into a liquidity protocol, and its community gifted the other half to Vitalik Buterin (co-founder of Ethereum) for safekeeping.

Buterin, in turn, donated 10% of his holdings (5% of total Shiba supply) to India amidst the COVID crisis and burned the remaining 45% to a ‘dead’ wallet. In crypto history, that may be the most significant deflationary move till today. In comparison, Bitcoin’s mint supply halves every four years, not the sum of all coins. That’s more than monumental and may very well be the driving force behind Shiba’s continuous growth this year as the market re-evaluates its worth.

The generous move can also be seen as a spur towards adoption as the public can recognise the goodwill and not just the humour.

The projected supply of memecoins is definitively coded while the governmental centralisation of CBDCs allows future digital ‘printing’ to be still manipulated just as with traditional ‘paper’/’fiat’ currency. Even if said memecoins have an unlimited supply, the coded expectancy of inflation may be easier to calculate and evaluate in the market.

Can memecoins codes be changed? The true answer is yes.

The specific Blockchains community would have to vote for that change through consensus. Changes such as these can either occur via consensus of miners or a Decentralized Autonomous Organization (DAO). Without that consensus, the change will not happen or be broken off from the original chain. That grants direct democracy to the participants.

The growth of first-generation cryptocurrencies such as Bitcoin and Ethereum to a competitive market cap with other global companies is remarkable. An issue that those not grasping the depth of crypto sometimes ponder: How can I buy Bitcoin at over $60k or ETH at over $4k, and how do I then use them to buy anything?

While being digital, said coins can be broken down to the millionth; BTC’s derivative term is Satoshis. Yet, for the mainstream public, it may still be a blockade towards purchasing. There’s simply something psychologically satisfying about owning something or many of something versus a fraction.

Pop culture may be more potent than fundamentals

Some people still claim that all cryptocurrencies will essentially be worthless, just like any other pyramid scam.

Even Bitcoin maximalists or those idealists within the cryptocurrency realm still struggle to understand how these jokes have become so captivating? The whole idea of crypto and blockchain was to revolutionise society’s financial system. But the mainstream doesn’t always care for the greatest good or revolutions.

Life can be so serious. The masses wish to be amused.

What is known to be the basis for defining technological advances and solving real-world problems in crypto projects is just another joke. But the people love it, and you can’t argue with that.

Those in Rome knew that, and so a word of warning, history repeats itself.

Recently the Netflix hit show ‘Squid Game’ resonated with people across the globe. One of financial violence and inequality. One could say the meaningful backdrop to the original reasoning behind crypto and Bitcoin.

Many mothers would ask their children; if everyone was jumping off the bridge, would you jump too? Many did, buying a new pop memecoin only to have their investments runoff. An awful joke indeed.

Perhaps memecoins are simply a marker for a massive overflow of funds into the crypto market. Just as with the ICO phase of 2017-2018, it’s all just part of the hyped-up frenzy in a market going through growing pains. At this point, though it seems doubtful, these aren’t fledgling projects. These are utilised daily in many corners of the internet as the preferred means of tipping.

We see part of the trending social construct that is becoming more and more immersed in a digital world. 2022 may very well continue to be driven by cryptomemes. A massive surge in the crypto gaming sector and NFTs is yet another example of how the fundamentals of financial revolutions will ultimately trickle down to popular culture.

Shiba is jumping on the bandwagon and creating NFT art to represent itself as part of its collective marketing and value proposition.

The market will always work to supply what’s in demand, so now not only have the masses been amused with the memes, those same memecoins can now take them out for an evening of entertainment. So maybe your pockets are now filled? Enjoy yourself while the going’s good on a night out to watch more pop culture. 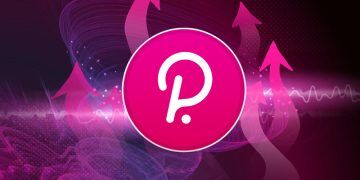 On-chain analytics company Santiment has shown that Polkadot’s development activity, combined with that of its pre-production network Kusama, has been higher than that of Cardano during the past... 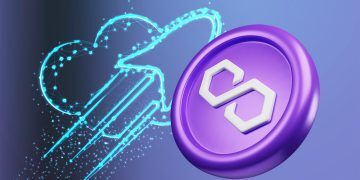 The MATIC token, used by the Ethereum scaling tool Polygon, has increased in value by 12% in the previous day, following the year’s upward trend. A share in...

BUSD Down $2B In A Single Month Amid Token Mismanagement 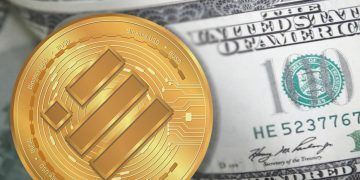 Binance stablecoin BUSD has continued its recent falls due to mismanagement concerns regarding the exchange’s pegged tokens. According to CoinGecko, the total supply of BUSD dropped to $15.4... 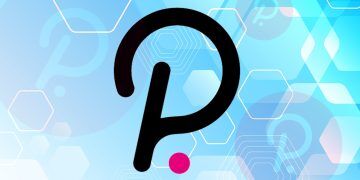 Polkadot has published Cross-Consensus Messaging (XCM) Version 3, which improves interoperability between its supported blockchains. Polkadot co-founder Gavin Wood reported that the update’s code had been pushed into... 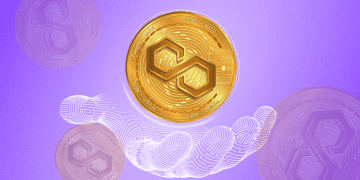 Cosmos will connect around 200 chains next year says Tendermint CEO