by Van Tran
in Currencies 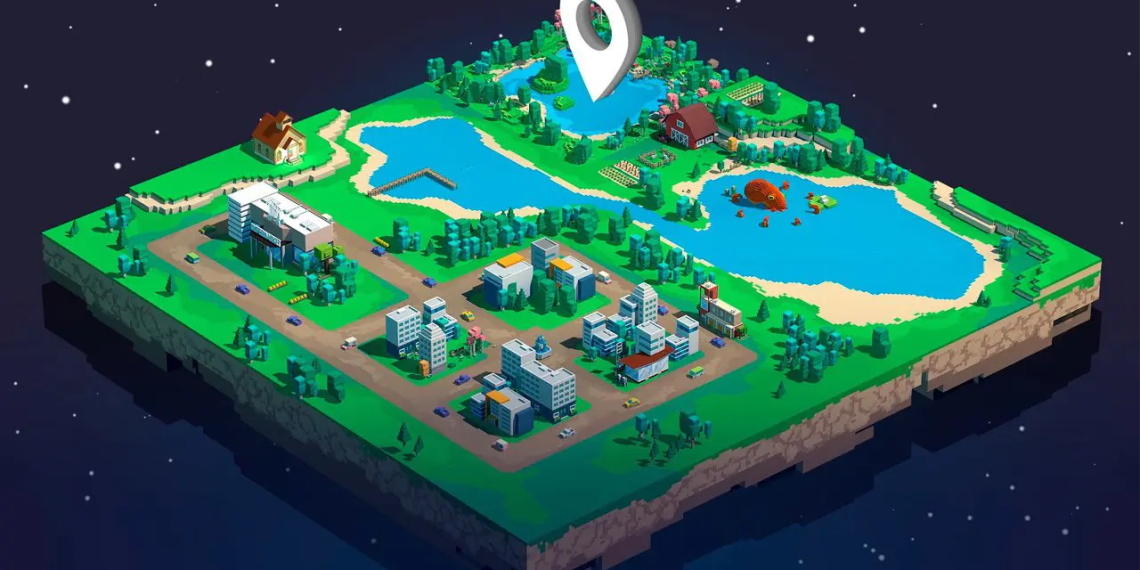 This is not only a valid question but also a very important one that has been all over Crypto Twitter in the last few days. The firm behind the Bored Ape Yacht Club, Yuga Labs completed the sale of “Otherdeeds” for virtual land plots in its planned “Otherside” metaverse project this week and made a whopping $285 million from the sale. Since the sale, Otherdeed NFTs’ floor price has dropped as much as 12%, which feels like a top signal in a market where “blue-chip” mints have frequently seen rapid post-launch runups.

What makes the land so valuable?

Of course, copycat proliferation will be an issue for metaverses. There are dozens of metaverse projects in the works right now, and as Tushar Jain of Multicoin Capital recently pointed out, they can all sell “land.”

However, the concerns raised by Nir and others in the past few days are much more fundamental and may point to weaknesses in the model regardless of the competitive landscape. Above all, the notion that geographic space in a virtual world will accrue value in the same way that real-world land does appear to overlook some fundamental distinctions.

Real-world land values are primarily determined by location and utility. Land in Tokyo and New York are among the most valuable worldwide because they are close to cool stuff. This geographical reality is inextricable from the scarcity of real-world land, as each piece of land has a completely distinct geographical location in comparison to every other piece of land. The issue for purchasers of metaverse land is straightforward: All distances are fictitious in a digital 3D universe.

There is no inherent reason for a piece of virtual land to be more valuable because of its position, just as a web address is not more valuable because it is “near” to another. In a virtual world, you can teleport your avatar to any location. Another Twitter user pointed out that shoring up metaverse land values would require imposing entirely artificial restrictions on users, ruining the experience and ultimately discouraging the users who are the real source of a metaverse’s value.

Some thoughts on recent events in the metaverse.

TLDR; scarce virtual land is not only unethical it’s almost certainly a losing strategy. Here’s why.

Real-world land also has another value: its practical utility.  In the real world, this can include factors such as whether it has suitable soil or water sources for farming and other natural resources. However, because there is no such thing as a “natural resource” in the metaverse, making virtual land track the value structure of the real thing would entail tying certain rights to it.

The allure of prelaunch tokens and scarce virtual land is that they generate easy money and engagement.

The truth is, it’s an incredibly costly way to raise capital.

You’re taking on a debt in the form of game design constraints and a corrupted relationship with the player.

In a thread criticising the land-sale model, Nifty Island co-founder Charles Smith points out that the most obvious move here is tying the right to create content to land ownership.

However, implementing this fix to boost land values would have the opposite effect of harming the user experience; as a result, scaring off creators who make shared worlds appealing and valuable. “Look at Minecraft, Roblox, and even YouTube,” Smith continued. “Would these platforms be better if the right to create on them was limited to a tiny number of landholders?”

Nifty Island has made it very clear that land sales will not be a part of its model. That suggests, at the very least, an appealing option for investors who want to diversify across different funding models.

After all, the whole concept of investing in metaverse land may be described as “financial skeuomorphism.” Early iPhone design was heavily focused on skeuomorphism, or the trend to create digital products in ways that resemble the physical world.

The use of visual skeuomorphism in interface design has waned over time as people become more accustomed to the distinctions between digital and physical objects. The same thing could happen with metaverses, with the added twist that a bunch of people just invested $285 million in the financial equivalent of a drop-shadow app icon rather than Yuga Labs stock.

To maintain land values, developers may be forced to impose artificial limitations that harm the user experience and the system’s actual value. Making it easier to move around or create content in a metaverse, on the other hand, would almost certainly harm land values.

So far, this could simply be a case of founders moving so quickly that they haven’t fully considered the implications of their basic models. The less generous interpretation is that they’re taking advantage of buyers’ skeuomorphic biases by using the metaphor of “land” to overstate the intrinsic value of the virtual things they’re selling and laughing all the way to the bank.

South Korean Authorities Begin An Investigation Into The Terra Crisis

South Korean Authorities Begin An Investigation Into The Terra Crisis