The Ethereum blockchain is undergoing several changes to upgrade the protocol to Ethereum 2.0. The upgrade is expected to bring more scalability to meet Ethereum’s increased network demands as well as improve the protocol’s security and decentralisation. One key aspect of the upgrade will be the switch of the Ethereum protocol from Proof-of-Work (PoW) to Proof-of-Stake (PoS).

Staking is a practise in which investors lock up their tokens for a period of time to contribute to the security of a crypto network. In return, they are rewarded with interest-like yields. The mechanism behind this is referred to as “proof of stake.” It differs from “proof of work,” or mining, which requires a significant amount of computing power — and energy.

To stake on Ethereum currently, users have to agree to lock away a minimum 32 ETH until after the network upgrades to a new standard, known as Ethereum 2.0.

At the current ETH price of $2,000, the cost of becoming a staker is $64,000, which is not exactly affordable for the average investor.

Lido Finance allows users to stake any amount of ether in exchange for a derivative token called stETH, which can then be traded or lent on other platforms. It is an important part of decentralised finance, which uses blockchain technology to replicate financial services such as lending and insurance.

StETH is not a stablecoin like tether or terraUSD, the “algorithmic” stablecoin that crashed last month under the strain of a bank run. It’s more like an IOU, with the idea that once the upgrade is complete, stETH holders can redeem their tokens for an equivalent amount of ether.

Some ETH stakers use their stETH tokens as collateral to borrow more ETH from the Aave lending protocol and then repeat the whole process over again. This is recursive investment strategy, an advanced form of  yield farming that stacks rewards on top of rewards. The more a trader does this, the more risk he or she takes on. After all, they’re using borrowed money as collateral to borrow more money.

If a trader’s initial position begins to unwind due to liquidation—which could be caused by the fact that stETH has become unpegged from ETH—it can set off a chain reaction of liquidations in the rest of their positions. And the trader is liable for paying penalties as well as gas fees (the cost of transacting on the Ethereum network) for each of those transactions.

The Celsius Network is a regulated lending platform that allows users to earn interest on deposited cryptocurrencies. You can also take out collateralised crypto loans. In fact, Celsius is SEC-compliant and one of the world’s largest crypto lenders.

Celsius stakes over two-thirds of its 1 million ETH holdings at ETH 2.0, a blockchain that is set to merge with Ethereum Mainnet this year, effectively switching it to the Proof-of-Stake consensus.

However, there is a disadvantage to Ethereum staking in that it locks the coins for a long period of time, causing liquidity issues for both Celsius and its clients. To address this issue, Celsius uses a DeFi protocol called Lido, which provides a liquid staking service: for every staked ETH, it issues a stETH token, which functions as an IOU and allows its holders to trade and otherwise use their staked ethers without actually removing them from ETH 2.0.

Normally, 1 stETH should always be worth 1 ETH…Unless there is a market imbalance, such as a massive sell-off of stETH. And that is exactly what occurred.

The bear market has forced many Celsius clients to withdraw their ethers, and as word spread about the company’s reckless over-exposure to stETH, withdrawals increased, forcing the company to sell more and more stETH. Unsurprisingly, this resulted in stETH losing parity with ether and falling to 0.94ETH.

Celsius is known to have taken stablecoin loans from DeFi lenders Aave and Compound, using stETH as collateral. If the price of stETH continues to fall, these deposits may be partially (or completely) sold out, exacerbating the situation.

Celsius is also facing regulatory issues, with law enforcement entities issuing cease-and-desist orders against it. It is adding more collateral for a loan on the MakerDAO (MKR) decentralised finance (DeFi) protocol to avoid liquidation. 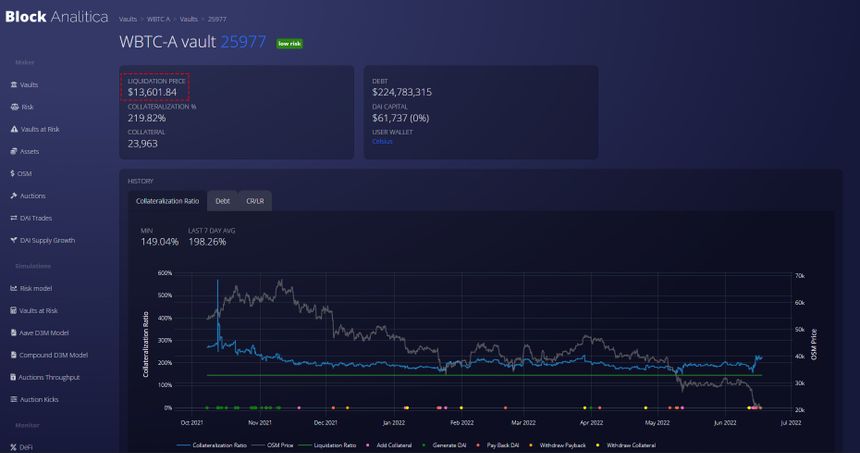 Three Arrows Capital (3AC) is a Singapore-based crypto-focused hedge fund. 3AC, which is only a year old, experienced a meteoric rise during the heydey of the cryptocurrency market (last year).

3AC is known as THE FIRM within the crypto ecosystem, having backed projects such as Solana, Avalanche, and Terra. As one of the largest corporations involved in the NFT space, 3AC also established a $100 million fund last year to invest in the most famous artworks of the time.

However, according to reports, the company is going through a rough patch, putting it on the verge of insolvency.

Moon Overlord, a crypto trader, shared a screenshot of Twitter from Nansen, a blockchain data platform.

The image showed a crypto wallet of 3AC that conducted five massive transactions totalling 30,000 ETH in the previous week. That was worth $36.9 million at the time of writing (approx).

This Tweet quickly spread, making it look like 3AC is selling huge assets, including $40 million worth of stETH.

Danny Yuan, the head of crypto trading at 8Blocks Capital, has also accused 3AC of misusing $1 million of his company’s fund to answer their margin call.

Following the insolvency rumours, FTX, Deribit, and BitMEX announced this week that they had liquidated Three Arrows Capital positions.

Finblox, a cryptocurrency savings platform, posted a Twitter statement on June 16 informing users of a freeze on rewards and the imposition of a daily withdrawal limit. 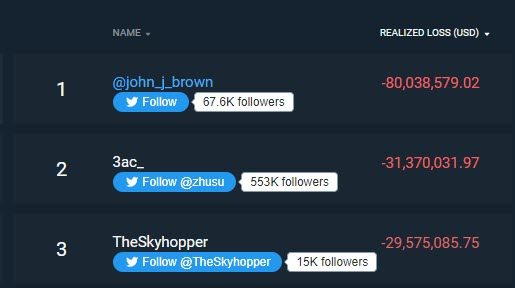 Several projects that 3AC has invested in are also suffering the same fate. We have included 3AC’s portfolio below for your reference. 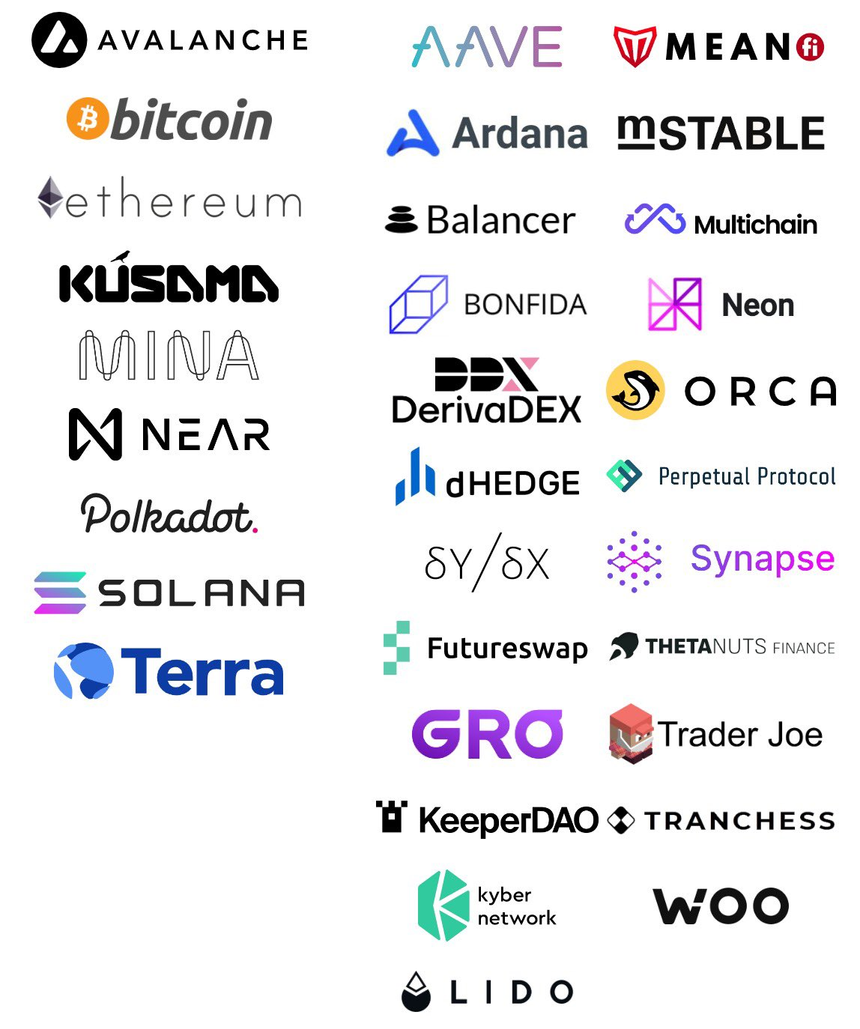 Some other evidence that 3AC is moving their retail assets from different exchanges to an exchange to sell into Stablecoins. This shows that 3AC is in a very difficult situation.

This is probably the most painful thing I’ve ever seen.

An 18bn AUM fund now transferring 138 SUSHI to repay debt on exchanges they got liquidated on.

F in the chat for our fallen brothers pic.twitter.com/U0ohm7IDMg

We are going through a harsh crypto winter. Bitcoin nearly collapsed in 2017 because of the Bitconnect scam. After that, DeFi was created and continues to thrive to this day. However, it is DeFi that has now put the market in an even more difficult position. We can only hope that the crypto market will bounce back and become stronger.