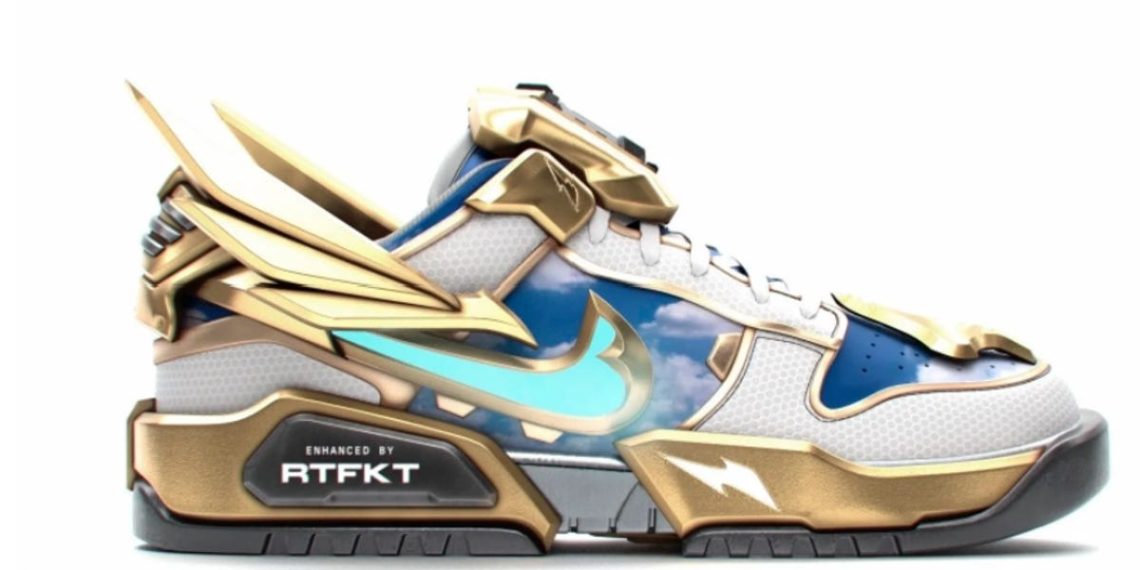 In partnership with the NFT company RTFKT, the American multinational corporation Nike, Inc has launched its first CryptoKicks on Ethereum.

The sneakers, known as Nike Dunk Genesis CryptoKicks, are a 20,200 non-fungible token collection created for use in the metaverse. People with avatars in the metaverse can put on these shows in the virtual space.

In addition, the shoes’ exterior design can be adjusted via the “Ski Vials” collectible, which is priced at 0.8 ETH ($2,500) at least. Each vial has a different level of skin rarity, and those with the rarest skins are of more worth and can be sold for higher prices.

A Cryptokick having a rare skin vial can sell for 45 ETH ($133,000), whereas the Alien vial – the rarest one – is valued at 150 ETH ($449,500). According to RTFKT, the skins can evolve when owners complete particular online quests, but the firm has not disclosed any details about the quests yet.

The launch was announced on Twitter, but RTFKT did not reveal any extra information about whether the NFT owners would have a physical pair of shoes or not. However, holders have been provided with a Snapchat filter to show off their sneakers in Augmented Reality.

RTFKT, together with Nike CryptoKicks, introduce the future of Sneakers, powered by Skin Vial tech

In November 2021, RTFKT, in collaboration with artist Takashi Murakami, also started the public sale of its CloneX avatars. In February, CloneX holders received virtual boxes of MNLTH collectible airdropped for free, which have now been stated to contain CryptoKicks.

Nike is not only the shoes and fashion company that entered the metaverse. One of its close rivals, Adidas, which partnered with Bored Apes, released a collection of 30,000 NFTs in 2021.

The collection named Into the Metaverse is now listed on OpenSea with a selling price of at least $1.938 ETH ($5,813). In its case, the NFT owner will be given both virtual and real-life clothing.

The competition between the two giants has been visible in the virtual space when Nike has a virtual store on Roblox, whereas Adidas lately bought land in gaming-oriented Sandbox.

These two corporations are prominent examples of the increasing interest of fashion and clothing businesses in the metaverse. Some big companies in other sectors, such as Dolce and Gabbana, Gucci, and Burberry, also started releasing their own NFTs and investing in blockchain-focused projects.