A cold chill has crept over the cryptocurrency market, with Bitcoin (BTC), the most prominent digital asset, plummeting almost 35% since January 2022. Consequently, many people are left wondering how deep the crypto market’s winter is and whether there are any indications of spring.

Mike McGlone, the senior commodity analyst at Bloomberg Intelligence, said that cryptocurrencies would outperform all other asset classes until the current bear market in risk assets fades and values recover. 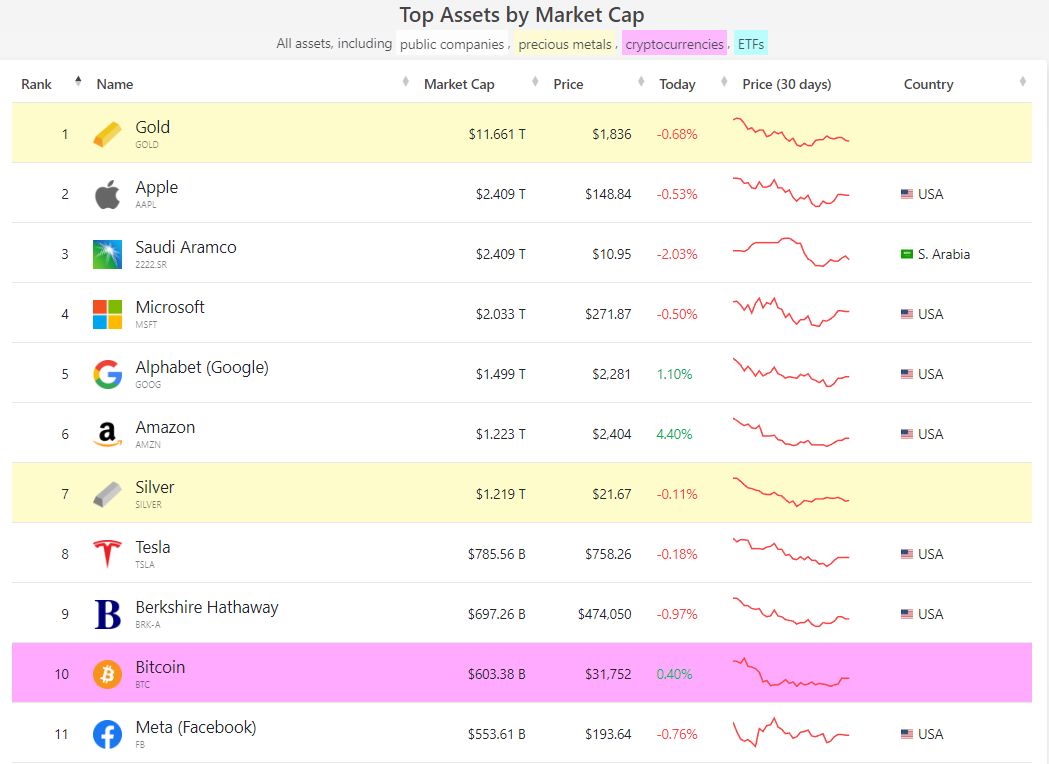 Bitcoin reclaims the 10th spot as the world’s most valuable asset. Source: CompaniesMarketCap

“I think what’s going to happen is the great reversion is just getting started. It might be like the aftermath of 1929, I think it’s gonna be like the, aftermath of 2008 maybe like after the 1987 crash it’s so overdue. The greatest inflation 40 years in most people’s lifetime is just starting.”

McGlone further said: “Once we kind of get through that period, I think Bitcoin is going to become realized that this is one of the best assets on the planet to hold. Now that’s my base case well how that works out I don’t know so I see my outlook is, I think some of the best assets to own will be gold U.S. long bonds and Bitcoin I think we’re going back to deflation.”

Indeed, Bitcoin’s failure to react to inflation and other macroeconomic variables as predicted is detrimental to the cryptocurrency’s long-term growth.

“It’s just a matter of time it’s just the way it works but in terms of things I watch like commodities and assets they’re just in the early days of reverting and bitcoin should be one of the ones that come out ahead.”

He went on to add: “I think the best performing assets will revert to gold, U.S. long bonds and Bitcoin, I think will perform the best.”

Notably, the expert anticipates that all the assets will break out soon.

According to McGlone, the price of gold will surge once the markets realise that long-term bond yields have peaked and the Fed has halted its plans to raise interest rates, which he expects would coincide with a decline in the stock market.

Then and only then will gold and bond prices reverse and uptrend, and he forecasts the same for Bitcoin.